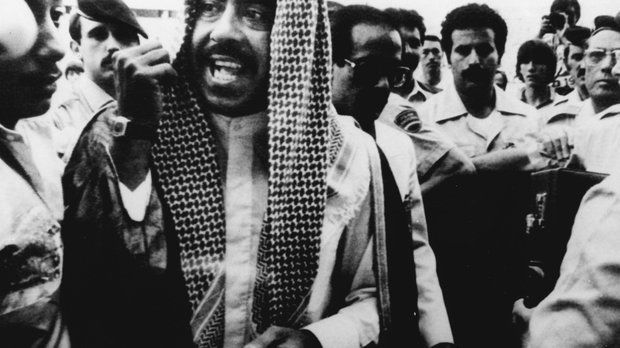 The 1982 FIFA World Cup was an interesting football event for many reasons. The 1xBet Ghana website features lots of betting opportunities on all the matches of the current editions of that instance.

One particular occurrence took place in a match between Kuwait and France. In general terms, the match took place on the 21st of June 1982. France won 4-1 with goals scored by:

However, the most notable aspect of this contest was not the result. Instead, what people remember the most about this event is something that happened at the 80th minute.

By visiting 1xBet in Ghana users can wager on all notable aspects in the FIFA World Cup matches. Offers excellent matches, and in Ghana, the 1xBet website is definitely the best platform to wager on all its matches.

Outside interference Currently it is not unusual to see goals being disallowed after a few minutes of discussion. This has seen even more due to the implementation of VAR on important matches, where the main referee and those in charge of VAR discuss different plays. It is possible to make the 1xBet apk download procedure, where punters can wager on anything, including on whether VAR will be present on a match.

In the aforementioned match, a goal was also disallowed after a lengthy discussion. However, this time it was not between the referee and his VAR colleagues (VAR wouldn’t appear until more than 35 years later). Instead, the discussion was between the referee and Sheikh Fahad Al Ahmad Al Sabah. He was part of the Kuwaiti Royal Family and also the president of the football federation of his country.

Let’s put things in context. During the 80th minute of the match, France was already winning the match 3-1. Alain Giresse from the French team scored the fourth goal for his team. However, all the Kuwaiti players immediately approached Soviet referee Miroslav Stupar in order to complain. They claimed that they heard a whistle, and thought it was the referee stopping the game. For this reason, they stopped defending and Giresse scored without opposition.

However, Stupar didn’t blow the whistle. Apparently, it was a similar sound that came from the crowd that confused the Kuwaiti players. The Sheikh decided to directly back his team. He left his seat wearing a traditional Arabic attire and entered the field in order to talk directly with Stupar. After some discussion, the referee disallowed the goal. Of course, the French were furious, in a situation that is one of the weirdest scenes ever seen on a FIFA World Cup.

The French national squad is one of the best in the world, and when downloading the 1xBet apk, it is possible to wager for it directly from an Android phone or tablet.