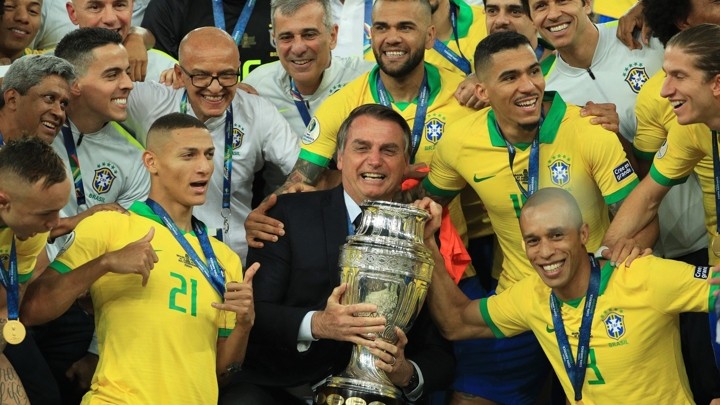 Due to the Covid-19 crisis that has taken over the world, it was no surprise when it was announced that South America's showpiece continental tournament Copa America, due to be played this summer, was postponed.

Almost all domestic and international football has been suspended globally, with international friendlies in March cancelled and European top flight matches halted indefinitely as the world tries to sustain the further spread of the virus.

So what are the rescheduled dates for Copa America?

The 47th edition of the tournament was postponed from its original dates of June 12-July 12 2020.

The rescheduled dates follows in the footsteps of Euro 2020, which UEFA postponed for a year.

The Olympics, which were also scheduled to take place summer of 2020, have also been pushed back for a year.

Copa America 2021 will be the first time since 1983 where more than one country will host the tournament.

Copa America was held in both 2019 and 2020, with the 2020 date meant to be the start of the quadrennial tournament moving from odd to even years in order to align with the Euros.

Next summer's competition will be held across nine venues in nine cities in Colombia and Argentina.

Each nation will host two quarter-finals and one semi-final, with the third place match and final played in Colombia.

Colombia and Argentina were announced as joint hosts on March 31, 2019, the same day that Conmebol announced the dual hosting.

Everton, Gabriel Jesus and Richarlison all scored for the home side, while Guerrero equalised in the 44th minute through a penalty.

Everton was top scorer of the tournament, with Brazil lifting their ninth Copa America victory.