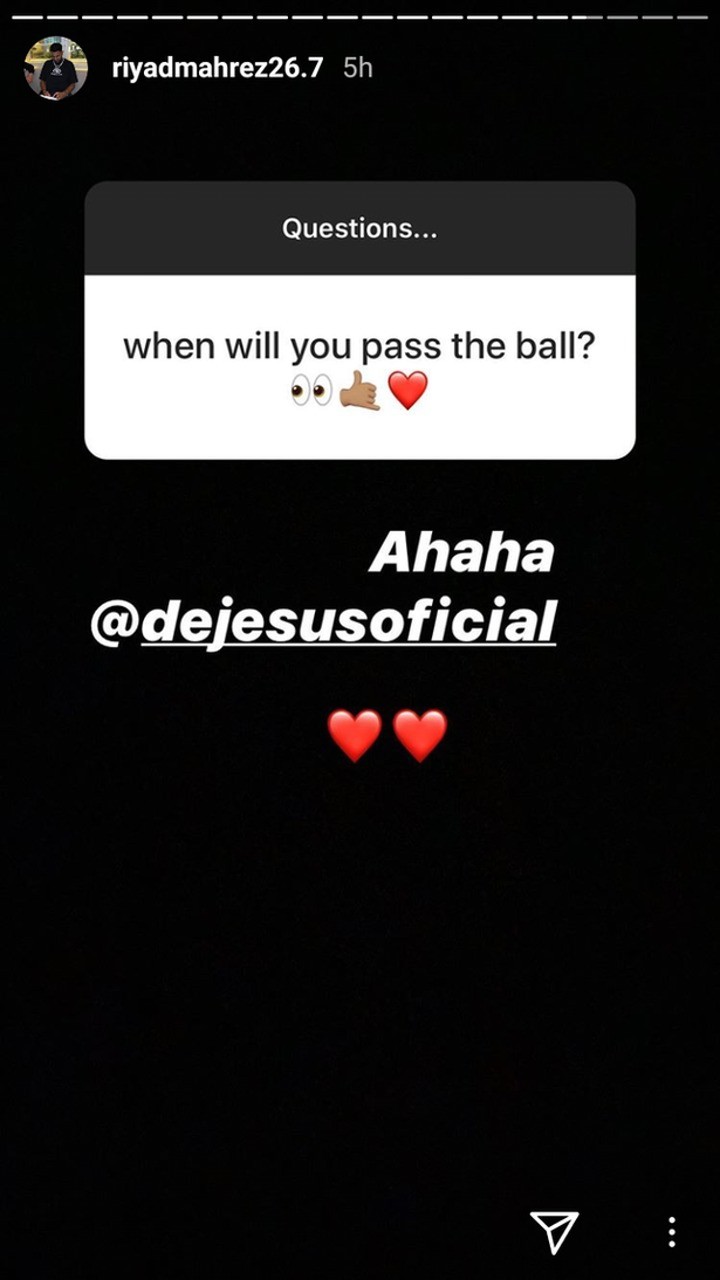 Gabriel Jesus has trolled his Manchester City teammate Riyad Mahrez for not passing the ball enough during a question and answer session on the Algerian's Instagram page.

City's players have been given individual regimes to follow at home to keep fitness levels high during the break from professional football and Mahrez took time out of his schedule to answer questions from fans.

Jesus took the opportunity to troll his teammate, asking: "When will you pass the ball?" with a love heart emoji.

The former Leicester man is sometimes guilty of holding onto possession rather than releasing one of his teammates. But with seven goals and eight assists in the Premier League this season, he could be forgiven for ignoring their calls for the ball.

Mahrez laughed at his question and tagged the Brazilian before returning the love heart emojis.

Back in February, Mahrez admitted that he was tempted to ignore the run of Jesus during the victory against Leicester.

The Algeria international fed the Brazilian for a late winner at the King Power Stadium but conceded his original intention was to shoot rather than pass.

He said: "At first I wanted to shoot!

"Then I saw the space and at the last moment I saw Gabby. I faked the shot and gave it to him.

"I knew he wouldn't be offside because he was watching the line so I gave him the ball and it was a very good finish."