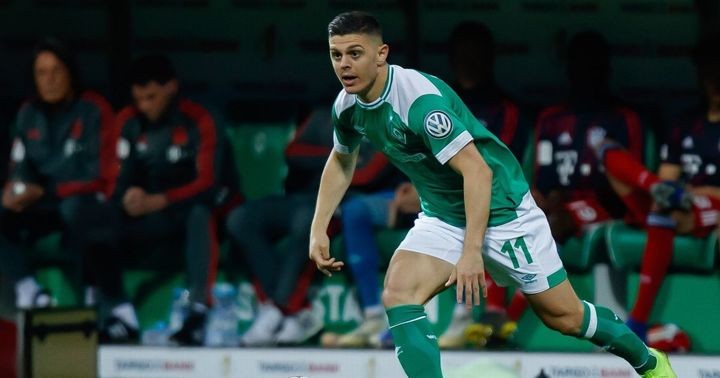 Reports suggest Liverpool have scouted Milot Rashica on several occasions, and his versatility could make him a good fit at Anfield

When Jurgen Klopp looks to the transfer market, Bundesliga clubs must wish they could hide their players away in a nuclear bunker somewhere deep beneath the earth's crust.

Since the German arrived at Anfield, Liverpool have signed Joel Matip from Schalke, Loris Karius from Mainz 05, Alex Manninger and Ragnar Klavan from FC Augsburg, Naby Keita from RB Leipzig and, most recently, Takumi Minamino from Red Bull Salzburg. Minamino came from the Austrian Bundesliga, mind, but the point stands.

While not all of his German signings have been a success, it makes sense for Klopp to look to his homeland, given the relationships he built up over 14 years working as a manager with Mainz and Borussia Dortmund. In terms of cumulative experience and insight, Klopp's knowledge of German (and Austrian) football is second to none.

As such, Liverpool have been linked with several Bundesliga superstars in recent months, Timo Werner, Kai Havertz and Jadon Sancho among them.

But according to Bild, Klopp is also interested in a player whose name might not be quite as familiar in England, Milot Rashica.

Age 23, and with seven goals and four assists to his name in the Bundesliga, the Werder Bremen forward has made a big impression this season. That's even more impressive given that Bremen are currently second-from-bottom of the table.

Who is Milot Rashica?

Rashica is no one-season wonder, having tallied up similar numbers last term with nine goals and five assists in the league.

Having started out with KF Vushtrria in his home country, winning the Superleague of Kosovo there, he then had several productive seasons with Vitesse Arnhem in the Netherlands before moving to Bremen in January 2018.

Having spent half a season finding his feet in Germany, his first full Bundesliga campaign saw him make a career breakthrough.

Standing at around 5'8, his low centre of gravity, impressive dribbling and tight close control began to work in his favour as he quickly earned a reputation as a defensive lock picker.

He has also made a habit of scoring against the toughest teams.

Take, for instance, the semi-finals of the German Cup last season, when he slalomed through Bayern Munich's back line and slotted away a solo goal worthy of his personal highlights reel.

How much would he cost?

Though it's not yet known how the coronavirus crisis will affect transfer fees, Bild reports that Rasicha could cost Liverpool around €38m (£33.8m).

But were Bremen to be relegated, as looks likely, they may be left with little choice but to accept a lower offer for their star asset.

How would he fit in?

With Sadio Mane, Roberto Firmino and Mohamed Salah up front, it would be extremely hard for anyone to break into Liverpool's explosive front three at the moment.

That's the conundrum which faces Klopp when he comes to making additions to his squad this summer - how does he improve a team which has brought him so much success over the last few seasons?

One advantage Rashica has as a potential signing is his versatility. Though he has mainly been deployed on the left of a front three, he can also play more centrally and across the attacking midfield.

With Xherdan Shaqiri widely reported to be on the verge of leaving Anfield, Rashica could make an affordable replacement. Although the two are likely to draw comparisons given their similar stature and shared Kosovar heritage, Rashica would bring fresh adaptability to a squad which needs subtle improvements rather than wholesale changes.

Five years Shaqiri's junior, Rashica has time on his side when it comes to working his way into Klopp's starting line-up.

Tenacious as well as technically gifted, he looks a player in the Klopp mould. And while he may face a fight for game time at Anfield, going from a Bundesliga relegation battle to a Premier League title race would surely be a career change worth considering.