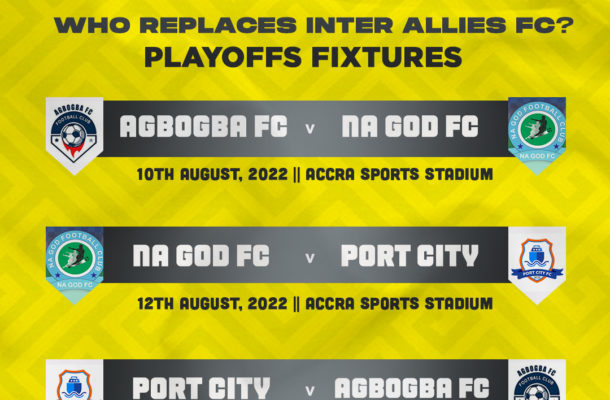 Referee Juliet Appiah has been appointed to officiate the Division Two League play off tie between Agbogba FC and Na God FC at the Accra Sports stadium on Wednesday, August 10, 2022.

The Division Two League play off is being organized to find a suitable replacement for Inter Allies Football Club who have been demoted to Regional 2nd Division after they were found guilty of playing a match of convenience against AshantiGold SC in the 2020/21 season.

The competing teams are Na God FC from the Greater Accra Region, Agbogba FC from Volta and Port City FC from the Eastern Region. The three way play off is scheduled from Wednesday, August 10 to Sunday August 14, 2022.