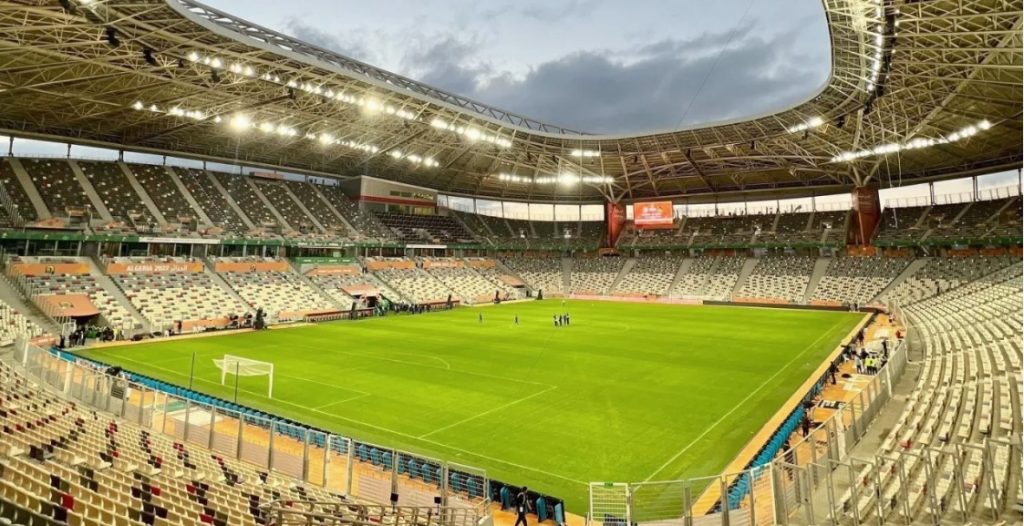 Algeria has inaugurated a new 40,000-seater stadium ahead of the country’s hosting of the 2022 TotalEnergies African Nations Championship (CHAN) and surprisingly named it after global icon and noble peace prize winner, Dr Nelson Mandela.

The stadium, named in honour of the former South African President and anti-apartheid activist, is located in Baraki – a suburb of Algiers following a decision by the government of the North African country.

“The national commission for the naming of stadiums has decided. Baraki's new stadium will be named after Nelson Mandela," Algeria’s minister of Youth and Sports, Abderrazak Sebgag said just days before the stadium was commissioned on Saturday.

The Nelson Mandela Stadium will host its first official international match on 13 January 2023, when Algeria play Libya in the opening match of the tournament and will also host the final on 4 February.

Football lovers across the globe have wondered why a stadium in Algeria was named after the former South African leader with many concluding that because he inspired people all over the globe.

Algeria named the stadium after Mandela as a fitting tribute to his legacy. However, a deep-dive into history shows that Mandela and Algeria have a strong historical connection, as both countries were heavily involved in the fight against colonialism and racism in the 20th century.

“Algeria is my country,” Nelson Mandela declared when he was released from prison in South Africa in 1990 after spending 27 years in incarceration over his fight to end apartheid.

Indeed, Algeria was the last country Mandela visited before he was jailed by the rulers of South Africa during the era of apartheid and was the first foreign country he visited after he was released from prison.

Mandela, who was then the leader of the African National Congress (ANC), was heavily influenced by the independence movements in Algeria and other African countries. He saw the struggles in Algeria and other countries as part of a larger struggle for freedom and liberation for all oppressed peoples, and was inspired by the Algerian people's determination and bravery in their fight for independence.

In 1962, Mandela made a secret trip to Algeria, where he met with leaders of the National Liberation Front (FLN), the political party that led the independence movement. During this trip, Mandela received training in guerrilla warfare, which helped him and his comrades in the ANC to develop more effective tactics to fight against the apartheid government.

Mandela also formed close personal ties with many Algerians, including Ahmed Ben Bella, who later served as the first President of independent Algeria. After his release from prison in 1990, Mandela went to Algeria to thank the government and people for their support during his struggle against apartheid.

The government of the north African country declared eight days of national mourning in 2013 when Mandela died – an honour only reserved for Algerian Heads of State.

The close relationship between South Africa and Algeria has continued long after the end of apartheid with the two countries cooperating closely by working together to promote peace, democracy and development on the continent, culminating in the decision to name the stadium after the anti-apartheid hero.

This is a testament to the impact that Mandela had not only on South Africa, but globally for justice and equality with his message of hope and reconciliation resonating with people across the globe.