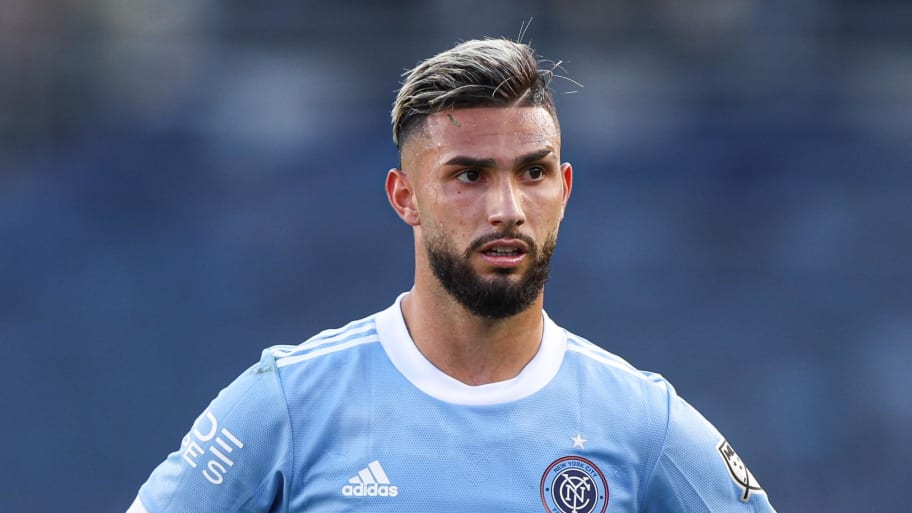 As the starting line-ups were released for New York City FC's match away at FC Cincinnati on Wednesday evening, there was one glaring omission: Valentin Castellanos.

After winning the Golden Boot in 2021 to help his side lift MLS Cup, the Argentine striker has been in red-hot form once again this season with 12 goals in 19 games across all competitions.

But Castellanos was left off the roster that traveled to TQL Stadium on Wednesday night, leaving fans speculating as to the reason for his absence. There was particular concern given Castellanos has been the subject of intense transfer interest, with 90min recently revealing Leeds United as a frontrunner for his signature.

But rather than pushing through a move away from the defending champions, Castellanos simply stayed at home due to illness, a club source confirmed to 90min. The same source said that Castellanos is expected back in training for Nick Cushing's side on Friday and that it remains the case that no club has yet met NYCFC's asking price.

This has been the situation since early June, with a source telling 90min that NYCFC would only sell if a substantial offer was put on the table - hardly surprising given his importance to the team. The Cityzens are very unwilling to be negotiated down, fully aware of Castellanos' value as a Golden Boot winner and Argentina youth international.

This article was originally published on 90min as Why Valentin Castellanos missed NYCFC's trip to FC Cincinnati.