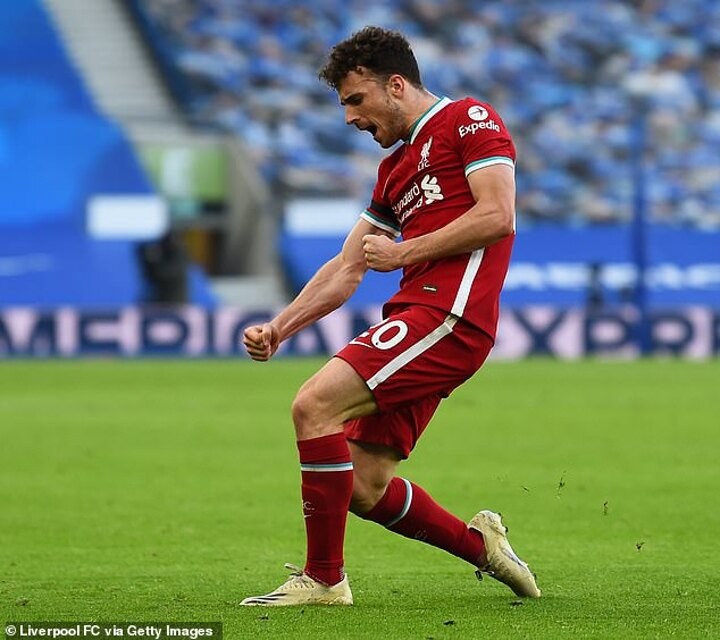 Georginio Wijnaldum has admitted in-form Liverpool new boy Diogo Jota has been 'even better than we thought' as he gets ready to face former club Wolves on Sunday.

The Portuguese forward has made a blistering start to his Anfield career having struck nine times in his first 15 appearances in all competitions and already becoming an important component of Jurgen Klopp's side.

Jota made the move to the north-west in the summer after sealing a £41m move from Wolves, and Wijnaldum admitted he is an even better player than his team-mates thought he was while still at the Midlands club.

'I think he will be really happy to play against his old team,' the Dutch midfielder told the Liverpool's official website.

'I'm always happy when I play against Newcastle because that's my only other team [in the Premier League].

'I'm really impressed because I already knew how good he was, but now I can see that he's even better than what we thought of him.

Jota was expected to be a useful back-up for Liverpool's established front three after signing but his displays and absences has seen him force his way into the first team picture.

Jota will hope he can continue his hot streak of form against his former side after netting in his last two Premier League games in a win and a draw versus Leicester and Brighton respectively.

The Reds will hope a win can keep them towards the top of the table, with the Merseyside club level on points with Tottenham at the summit.