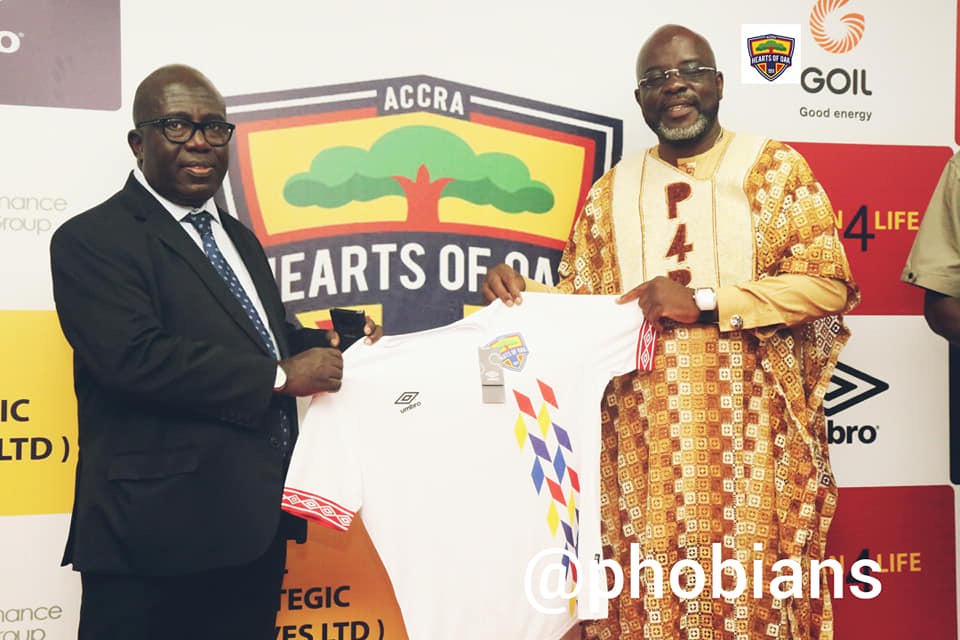 Ghana Football Association Presidential aspirant Wilfred Osei Kwaku popularly known in the media circles as Osei Palmer bought Ghc 20,000 worth of new Hearts of Oak Jerseys for the fans during the Club’s unveiling ceremony held on Wednesday at the Accra Sports Stadium.

Hearts of Oak unveiled their new partnership with United Kingdom sports manufacturing giants Umbro who will become the official kits suppliers of the club for the next three years.

Wilfred Osei Palmer also the bankroller for Division one side Tema Youth was the highest bidder during the sale of the jerseys. 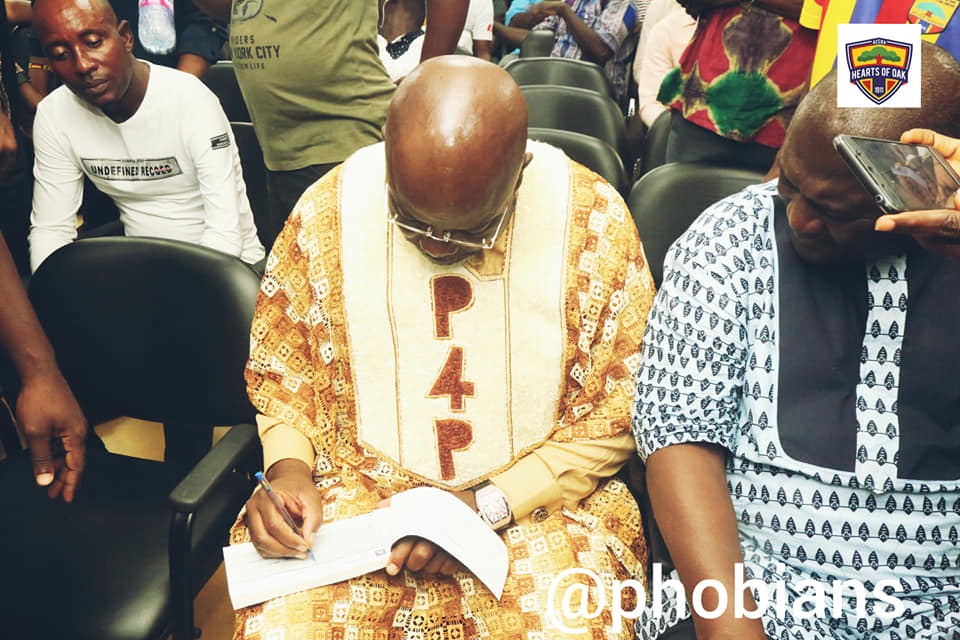 He signed a Cheque of Ghc 20,000 and handed it over to the Frederick Moore who is Chief Executive Officer of Hearts of Oak.

He was then presented with two of the jerseys (Home & Away) with the rest going to supporters.