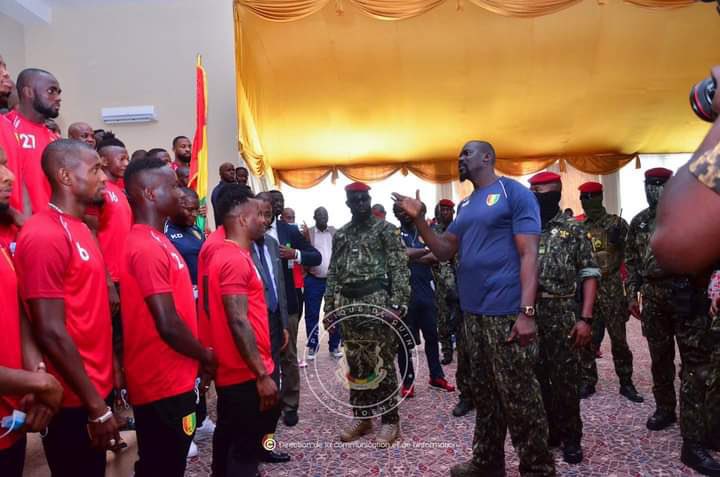 The interim president of Guinea, Colonel Mamady Doumbouya has told players of the national team to win AFCON or reimburse every fee invested in them.

The Syli Nacional will be heading to their 13th nations cup in Cameroon with their best ever performance being in 1976, when they finished as runners-up.

Despite never winning the competition, Colonel Doumbouya is unfazed and wants the team to go all out for the ultimate.

“The cup, or you reimburse the money that's been invested in you,” he said to the team at their sending off meeting.

Guinea will be led by Liverpool star Naby Keita at Cameroon 2021.

The 1976 runners-up are in Group B alongside favourites Senegal, Malawi and Zimbabwe.

Guinea start their AFCON adventure with an opening game against Malawi.