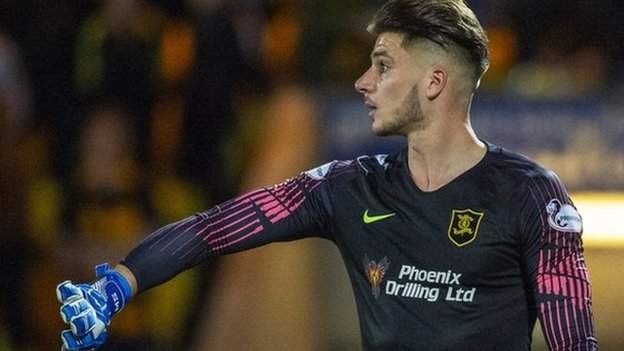 Matija Sarkic spent time on loan at Wigan Athletic, Havant & Waterlooville and Livingston while he was at Aston Villa before joining Wolves last summer

Sarkic, 24, spent last season on loan with League One side Shrewsbury Town, playing 29 times, although he missed two months with a hamstring injury.

He has signed a season-long loan to cover for first-choice keeper Neil Etheridge, who contracted Covid-19.

"I am delighted to be here. I have settled in well," Sarkic told Blues TV.

"I got the shout that the gaffer wanted to look at me and I said yes straight away. I think of myself as a goalkeeper as someone that has a lot of presence, I like to command players around me and my box."

Sarkic, who joined Wolves on a three-year deal from Aston Villa last summer, has played in all Blues' pre-season games.

He becomes Blues' fifth loan signing of the window, which means they have reached their match day capacity.