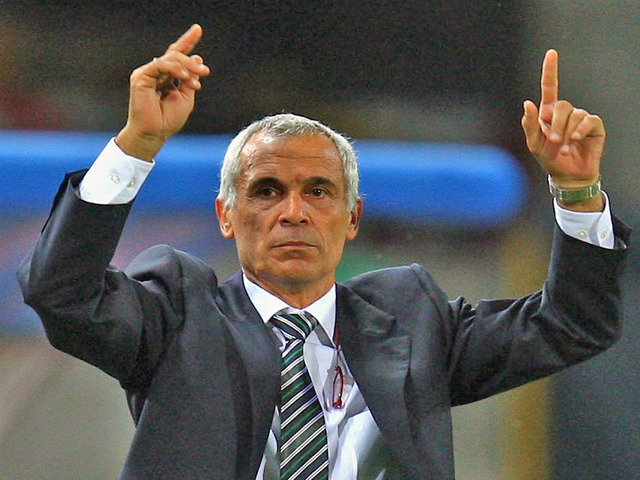 Egypt coach Hector Cuper has asked Pharaohs supporters to forget about the embarrassing 6-1 defeat they suffered at the hands of Ghana three years ago insisting they will beat the Black Stars to qualify for the 2018 World Cup.

Egypt will battle Ghana once again for a place at the World Cup after the Black Stars thrashed the Pharaohs 7-3 on aggregate for the 2014 edition for the tournament in Brazil.

The two sides were drawn in Group E of the competition for qualification for the tournament in Russia in 2018.

The other members of the group are Congo and Uganda with the winner taking the group's sole ticket to the tournament in Brazil.

Egyptians are still reeling from an emotionally scaring 7-3 aggregate loss during their last meeting with Ghana, their Argentinean trainer Cuper believes the situation is totally different now.

“I call on all fans to forget all about the 6-1 defeat by Ghana in 2013, the situation is totally different now,” the former Valencia boss Cuper said.

“For sure I can’t guarantee beating Ghana or defeating any other team. All I could guarantee is doing our best to reach our goal which is World Cup qualification. Our group is the best among all the other groups.”

With Egypt looking convincing under Cuper, who managed to take the side to next year’s Africa Cup of Nations after winning a group that included powerhouses Nigeria, fans will be hoping the 60-year-old boss would be able lead a turnaround in their fortunes this time around.