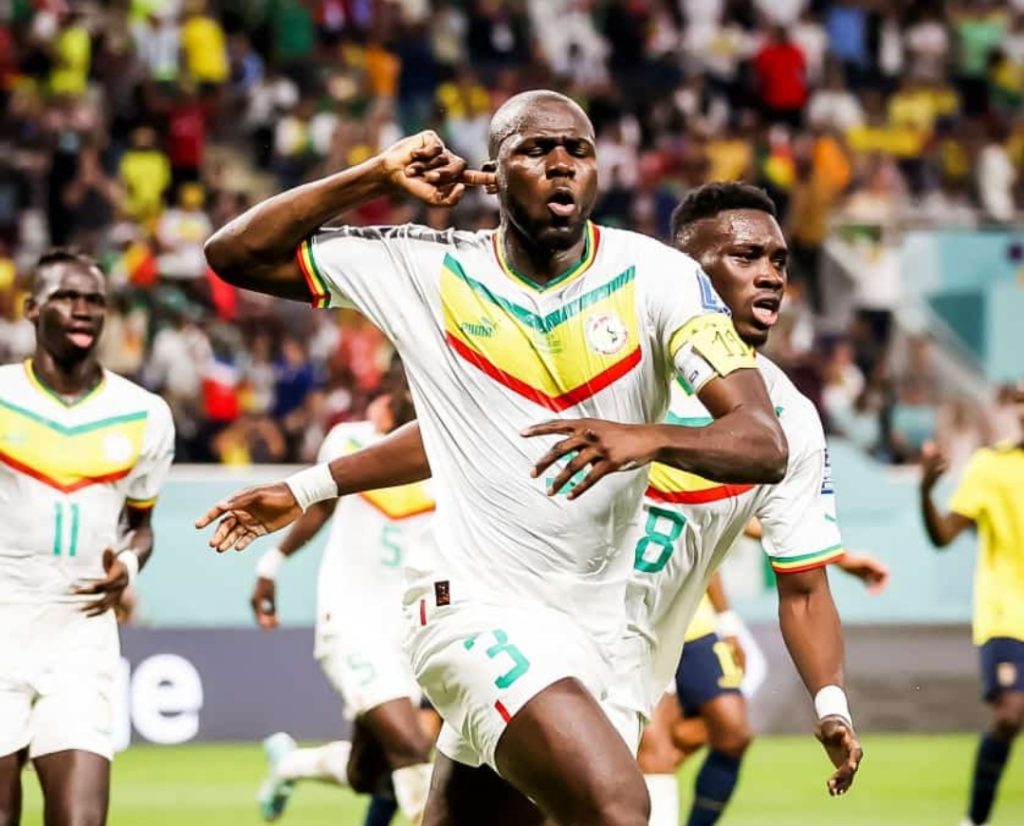 Senegal booked their place in the knockout stages of the World Cup in Qatar following their massive 2-1 victory against Ecuador at the Khalifa International Stadium in Doha on Tuesday.

Having lost their first group game to Netherlands, the Teranga Lions have revived to earn two wins over hosts Qatar and Ecuador to sail through to the Round of 16.

This is the African champions' only third appearance at the global showpiece and for the second time they are in the knockout round.

The Teranga Lions took control of the first period of the match as they had the best of scoring opportunities and also made sure the Ecuador attack had no space.

Senegal could have been two goals up before the 10th minute but Idrissa Gana Gueye and Boulaye Dia missed the glorious chances that fell their way.

The African champions finally got the breakthrough on the stroke of halftime after Ismaila Sarr converted a penalty kick to put them ahead before recess.

Ecuador were a more improved side in the early stages of of the second half as they piled pressure on the Teranga Lions and it paid off subsequently.

Brighton midfielder Moises Caicedo got the equaliser for the El Tricolor after he buried the ball at the back of the net from a resulting corner-kick in 68th minute.

Senegal captain Kalidou Koulibaly provided a quick response as he got the Teranga Lions back into the lead two minutes later after scoring from a rebound.

Netherlands secured a comfortable 2-0 victory over Qatar in the other Group A fixture as they finish top on the standings after three matches.

Senegal secure the second place which gives them the ticket to the next round of the tournament.