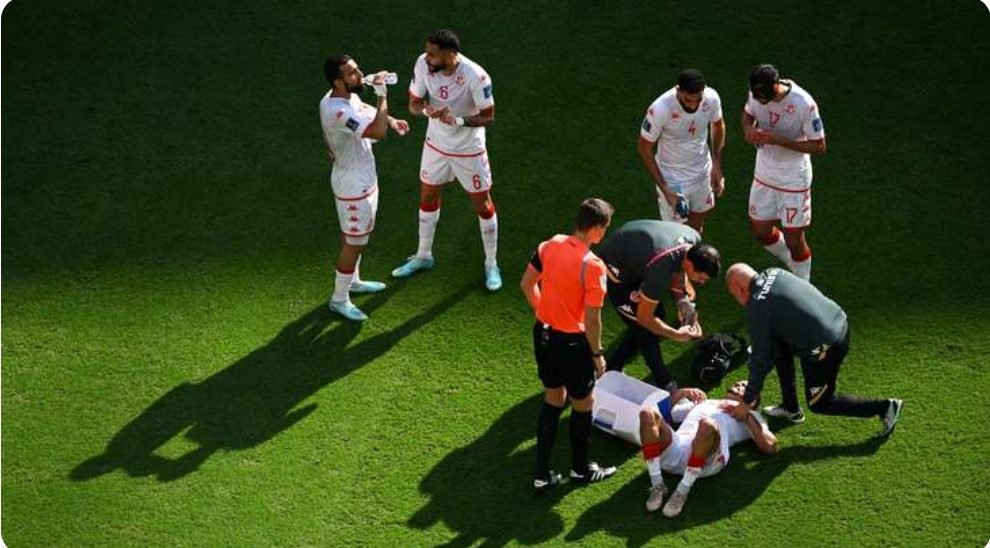 Tunisia's chances of progressing to the next round of the World Cup suffered a nosedive after losing narrowly to Australia on Saturday afternoon in Al Wakrah.

A first half strike from Mitchell Duke made the difference as the Socceroos claimed a vital 1-0 victory over the Tunisians to rebound from their opening game mauling at the Al Janoub Stadium.

With a lacklustre performance from the Carthage Eagles in the first half, Australia took advantage to get the opening goal in the 23rd minute to record a win in their second group match.

Forward Duke placed his head on a deflected cross from Craig Goodwin to put the ball beyond the Tunisian goalkeeper into the right corner.

Youssef Msakni got the chance to draw level on the stroke of halftime but his attempt from inside the box went wide.

The Carthage Eagles were a more transformed side in the second half but a resolute Australia defence and goalkeeping denied them the equaliser.

The Socceroos goalkeeper Mathew Ryan pulled a good save to deny Wahbi Khazri's drive from the penalty area as they held on to their lead to claim the important win.

Tunisia face a daunting task in their final group game when they take on defending champions France at Al Rayyan.

The Socceroos take on Denmark in their last round fixture and a win or draw could see them through to the Round of 16 for the first time since 2006.