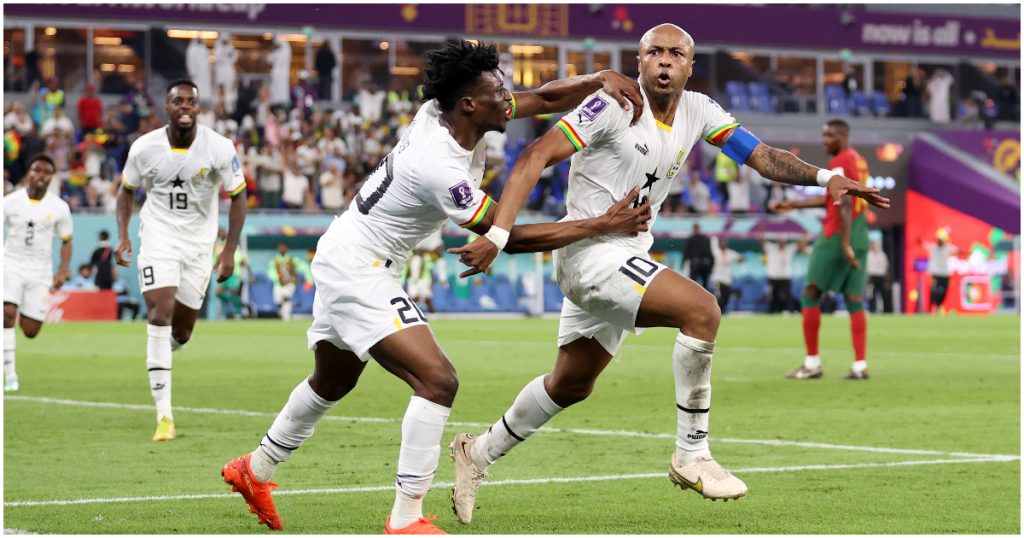 Ghana suffered an opening day defeat at the 2022 FIFA World Cup after a thrilling encounter against Portugal.

Five goals in the second half ensured the Europeans collected all three points with second half substitute Rafael Leao getting scoring the winner.

The 2016 European champions enjoyed early possession, winning a corner kick after just three minutes but the set piece was well defended by the Black Stars.

Ghana's first move forward was through right-back Alidu Seidu but the Clermont Foot defender's cross did not meet it's target, Inaki Williams.

Ronaldo had a great chance to give the Portuguese the lead after he was sent through by Bernardo Silva but the Portugal talisman was denied by goalkeeper Richard Ati Zigi.

Meanwhile, midfielder Mohammed Kudus' faint pass on the other hand could not find Williams who was in a very good position.

Ronaldo thought he had given Portugal the lead on the half hour mark after slotting home from inside the box but the referee whistled for a foul on Alexander Djiku.

Portugal returned from the break determined to break the deadlock but it was Ghana who will try from afar, with Seidu firing from distance.

However, after the hour mark Ronaldo was awarded a penalty after he was shoved off the ball by Mohammed Salisu. The former Manchester United player made no mistake from the spot.

Two minutes later the Portuguese took the lead after a mistake in the middle, leading to a Joao Felix lifting the ball over Ati Zigi.

Osman Bukari got a consolation for Ghana but it was a bit too late for Ghana to get a point.