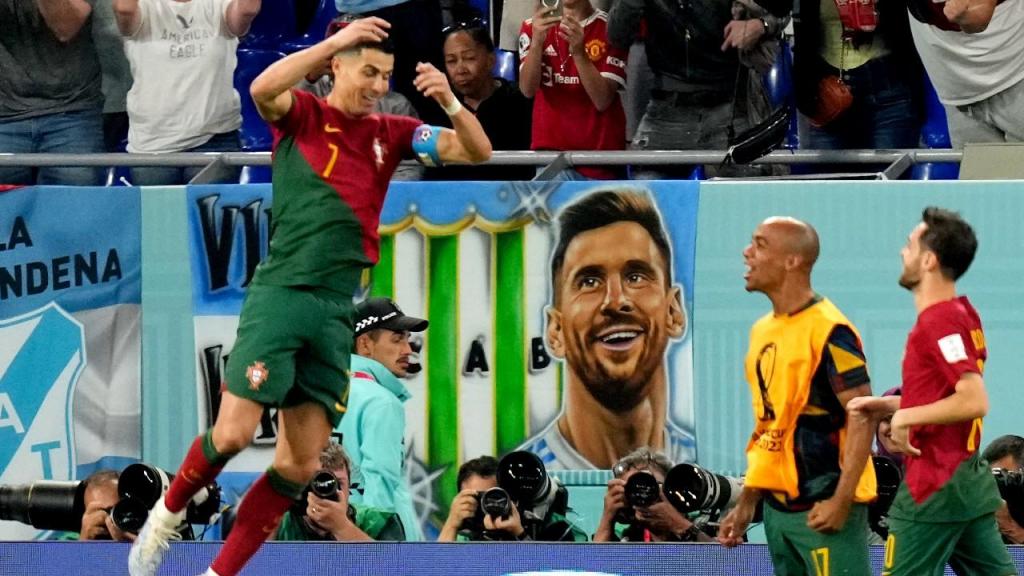 Cristiano Ronaldo is pleased Portugal got off to a winning start in the 2022 World Cup, defeating Ghana 3-2 on Thursday in Doha.

Following a scoreless first half, Ronaldo scored the game's first goal, a controversial penalty, to become the first player to score in five World Cup finals.

Andre Ayew then equalised for Ghana, but Portugal took the lead again with two goals in three minutes from Joao Felix and Rafael Leao, before Osman Bukari's close-range header set up a tense finish.

"It was a beautiful moment in my fifth World Cup. We won and entered with the right foot. It was a very important victory. The first game is fundamental in these competitions.

But the record. Being the only player to score in five consecutive World Cups is a source of great pride. I am very happy for the excellent performance of the team. It was a difficult but fair victory," he said, speaking to journalists after the game.

The 37-year-old striker also stressed that Manchester United is a "closed chapter".

"The most important thing was that the team won. That chapter is closed. My focus is exclusively on the World. We wanted to get on the right foot and we did, we won, we played well and I helped the team. Everything else does not matter, only the selection of Portugal," he underlined.

Portugal face Uruguay on Monday while Ghana hope to bounce back against South Korea.