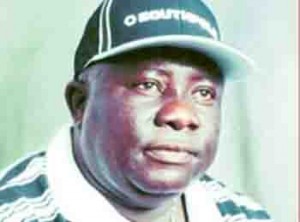 Former Asante Kotoko official Afirifa Yamoah-Ponkoh insists no club administration should be made to exist beyond five years.

The former Operations Director of the Kumasi-based club has added his voice relative to the recent liability incurred by the club.

Kotoko have been given a 30-day ultimatum to pay a whooping 99,000 Euros to former coach Hans Dieter Schmidt for his wrongful dismissal in 2005.

The club is also to payÂ $6,500 to Turkish club GenÃ§lerbirligi S.K. in refunds for unpaid â€˜Solidarity Mechanismâ€™ to local side B.T International for the transfer of defender Adamu Mohammed in 2008.

Kotoko in both cases also incurred extra cost in legal fees of 11,000 and 1000 Swiss Francs in the case involving Shcmidt and Adamu respectively.

Ponkoh thus believes a clear-cut constitution for any incoming administration that should not last beyond five years is needed to help curb future occurrence of the latest fiasco.

â€œI believe the coming in and exiting is where the problem lies,â€ he told Kumasi-based Angel FM.

â€œThere must be clear notes to indicate any managementâ€™s account of stewardship for the incoming one.

â€œI also believe no matter how good your administration is, maximum five years and you are gone for fresh ones to come in.

â€œThere also must be a clear constitution for the club to guide the administration from making mistakes n future.â€