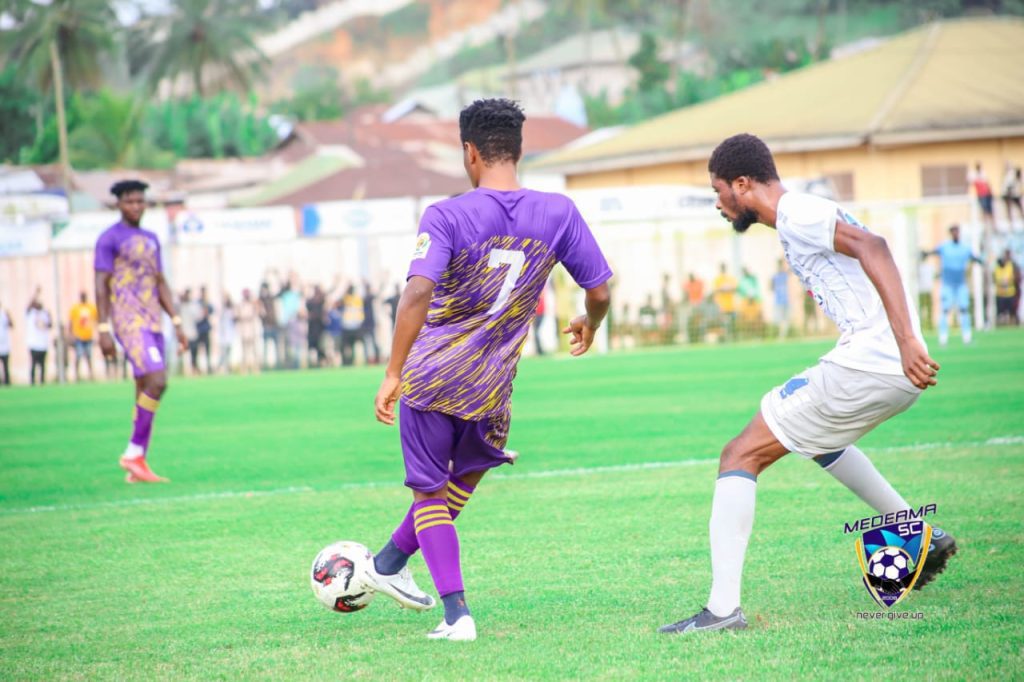 Medeama winger Zakaria Mumuni has left the club following the expiration of his contract, the club has announced.

"Medeama can announce that Zakari Mumuni has left the club with his contract set to expire next month," a club statement read

"Everyone at the club would like to thank Zakaria on his on his two-year stint and contributions in Tarkwa.

"We wish him all the best for the next steps on his journey."

Mumuni joined the Mauve and Yellow on a two-year deal after leaving Congolese giants A.S Vita.

The talented wideman put pen to paper on a permanent contract which saw him at the club until February 2023.

He joined the two-time FA Cup holders after ending his stay at the Congolese heavyweights where he made 12 appearances in both CAF Champions League and Confederation Cup competitions for the Kinshasa-based club.