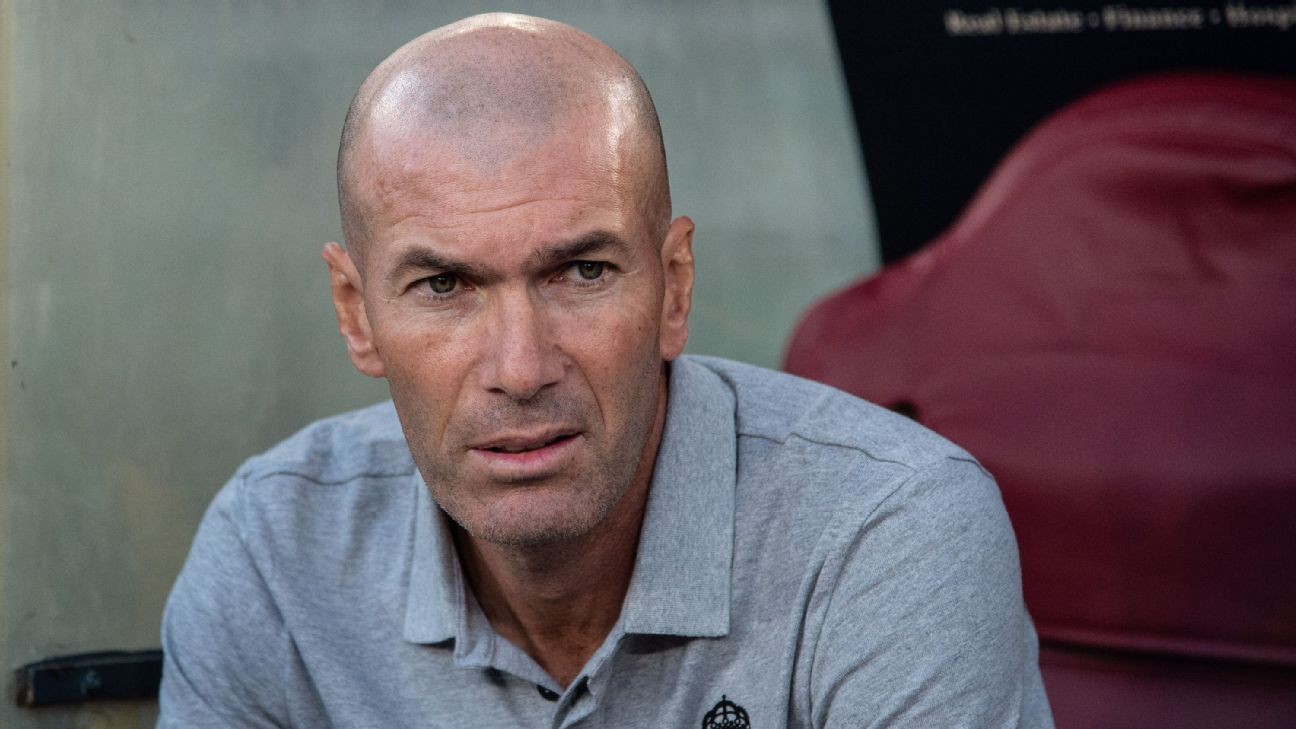 Real Madrid boss Zinedine Zidane has played down expectations they could still sign Paul Pogba or Neymar this summer, and said he is "happy" with the players at his disposal ahead of Saturday's La Liga opener at Celta Vigo.

Although Madrid have spent over €300 million on new signings, the Bernabeu hierarchy were unable to meet Zidane's request to bring Pogba from Manchester United, while a late move for Paris Saint-Germain star Neymar has not progressed.

Attempts to move on Gareth Bale and James Rodriguez were also unsuccessful, leading to reports of tension between Zidane and club president Florentino Perez. However the Frenchman was in a relaxed mood when asked about transfer matters at Friday's prematch news conference.

"Paul is a Manchester [United] player and we must respect that," Zidane said. "Neymar is not a Real Madrid player.

"The important thing is the players who are here. I will settle with what I have. I have spoken with the person who has to do things. I have the best players here, no doubt -- I always say that. I am happy with them, thinking just about tomorrow's game."

In July, Zidane had said that "it would be best" if Bale left the Bernabeu. However a move to Chinese Super League side Jiangsu Suning fell through and the Wales international may now have a chance to prove he deserves a regular starting spot.

"It seemed that Gareth was going to leave, and he is here with us now," Zidane said. "Things can change, and now I will count on him, like the others.

"He has a contract, is an important player, and I hope that all the players want to make things difficult for me to pick the team."

James is another player who did not appear to be part of Zidane's plans following his return from a two-year loan at Bayern Munich. But the Colombia international is back with the squad now after the Bernabeu club declined to let him join neighbours Atletico Madrid.

"James is fit and I am happy to have him in the squad," Zidane said. "I will count on all who are here.

"And they are all happy to be here."