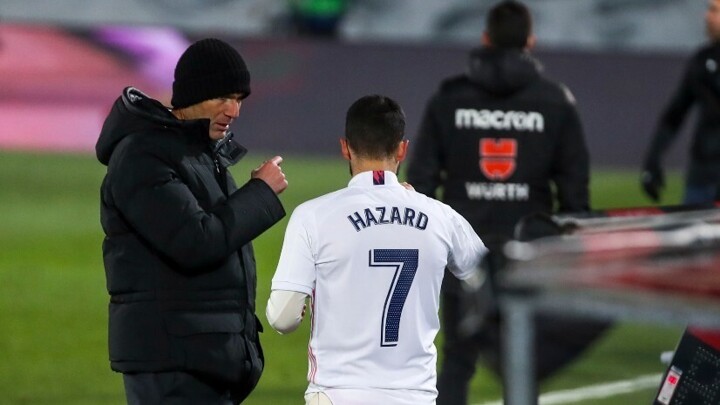 Zinedine Zidane defended Eden Hazard's performance after Real Madrid's 2-1 defeat to Athletic Club in the Supercopa de Espana semi-finals, and he believes that the Belgian's performances will improve.

Hazard's impact on the Supercopa tie was minimal and he was substituted after 67 minutes for Vinicius Junior, but his coach stood by him in his post-match press conference.

"For Eden, he needs to gain confidence, have a good game, score a goal, do something different, but little by little," Zidane said.

"We know what player that he is and you have to be patient. He is working and we are with him."

Zidane does not believe that Real Madrid's fans are losing patience with Hazard.

"People want to see the best version of him and you have to be patient with him," he said. "He wants to get up and running."

The coach instead highlighted the collective failure of the team.

"Today did not happen because of Eden, it is about all of us and we started [the game] in a mediocre way," Zidane added.

"We found the first half difficult and in the second half [we] did well, but it was not enough tonight."