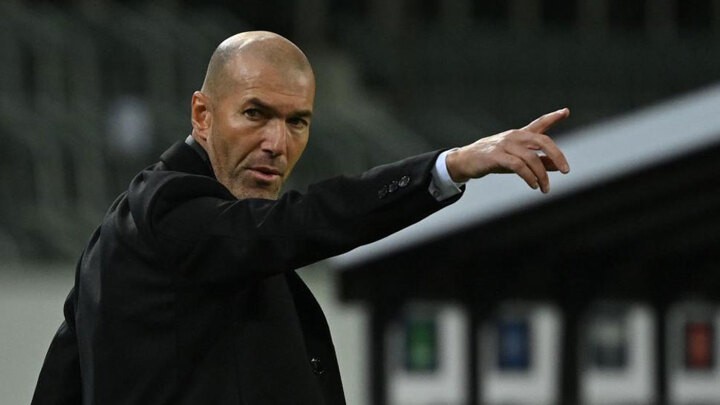 Zinedine Zidane was largely positive after Real Madrid completed a comeback to draw 2-2 with Borussia Monchengladbach on Tuesday, despite being two goals behind as late as the 86th minute.

Late goals from Karim Benzema and Casemiro allowed Madrid to escape with a point but Zidane was focusing on the positives from the game.

"The result shows the character in this team," Zidane said afterwards. "We deserved to draw and I think even more. I like the reaction and it's an important point.

"We played well throughout the match, but it's true that we lacked something because we didn't win. We believe in the plan and we deserved the draw.

"There was a lot of good and there are no easy games. If we play like this then we'll do good things and we'll progress to the knockout rounds."

Eden Hazard came off the bench for the game's latter stages, with Madrid chasing Gladbach as they were trailing by two goals.

"That was the plan," Zidane said of his introduction of Hazard. "It was to try to play him. I don't know how we'll get him back, as we play every three days. We'll see."

Marco Asensio was a bright spark for Los Blancos and the coach was happy with what he saw from the Balearic islander. There was some concern about his substitution, though Zidane dismissed it.

"He played well," Zidane commented. "He was dynamic.

"We know Marco's quality, but we were all good. I think he just took a blow."

Fatigue is already taking its toll on the side and Zidane isn't sure how to manage it.

"We're going to try to [manage the fatigue]," Zidane said. "We won't be able to stop and we've had a lot of wear and tear. It is what it is.

"It's going to be a difficult year for everyone. But today we have to be very proud of what we did."