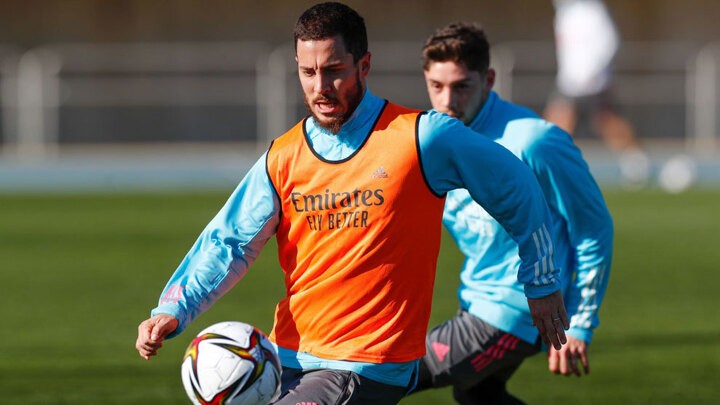 Real Madrid are set to face Athletic Club in the Supercopa de Espana on Thursday where Zinedine Zidane is likely to opt for the starting line-up that has produced Los Blancos' best displays this season.

No surprises are expected by the Frenchman who is keen to field his strongest eleven in the game with the Basque side in Malaga.

Real Madrid trained at La Rosaleda on Wednesday, with the session being open for the media.

Dani Carvajal will miss out on the tournament's semi-final through injury and will be replaced by Lucas Vazquez.

The Belgium international fully recovered from an injury and returned to training with the rest of his teammates more than a month ago, with Los Blancos being convinced that he can stand out in the remainder of the season.

Meanwhile, Luka Jovic is also sidelined due to injury with the Serbia international closing in on a six-month loan move to former club Eintracht Frankfurt.