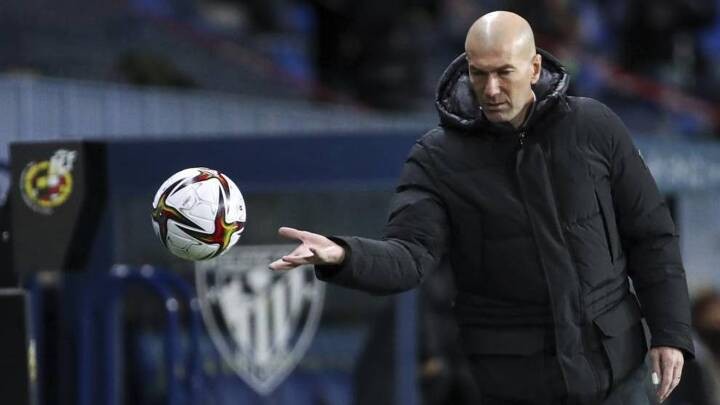 Real Madrid's defeat to Athletic Club was their 25th match so far this campaign and the report card so far doesn't make for great reading for Zinedine Zidane. It's been his worst start to a full season in the Real Madrid dugout: 14 victories, five draws and six defeats.

Los Blancos scraped through the Champions League group stage on the final matchday against Borussia Monchengladbach and have suffered three defeats in the league. The last time this happened after 18 matches was in the 2017/18 season, which saw the Frenchman make the decision in January that he wanted to leave at the end of the campaign.

In their title-winning campaign last year, Zidane's side only had two defeats at this same stage - one in the league and one in the Champions League. This season has been calamitous in comparison and Atletico Madrid now have the opportunity to pull 10 points clear of their city rivals in the race for the title.

In his first season in charge, in 2015/16, Zidane's first 25 matches saw just four draws and three defeats - all in the league. He recorded just one draw in the Champions League group stage against Paris Saint Germain and would finally win the tournament.

The following season saw his best-ever start in the Bernabeu hotseat and his side ended up winning the double. His side didn't lose a single match over four competitions and the first defeat came in January in LaLiga Santander against Sevilla.

The 2017/18 campaign didn't start as well with three defeats in 25 matches - two in the league and one in the Champions League along with five draws. They currently have one more defeat at this stage this term.

Many Real Madrid supporters will remain optimistic. The Copa del Rey is yet to start, the Champions League is still there and LaLiga Santander needs a collapse from Atletico. Zidane did lose the first title up for grabs this season, though, which is something that's never happened to him before.

Zidane holds the highest titles-per-match record at the club, but not even a year on from LaLiga Santander success, things are looking shaky.