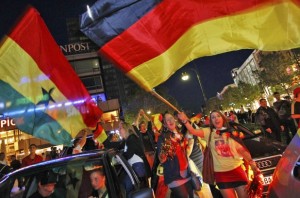 The Zimbabwe Football Association (Zifa) is not aware that the Warriors will play Ghana in an international friendly match on September 7.

The Black Stars, Africaâ€™s team of the moment, were expected to fly into Zimbabwe after playing their 2012 African Cup of Nations qualifier against Swaziland in Mbabane on September 5.

The Ghana FA vice president Fred Pappoe last week confirmed that they were in talks to play the game in Harare.

â€œZifa is not aware of that match. All those who want to use our assets (national team players) should come to us. We have to be involved,â€ said Dube.

Reports had said Harare businessman Phillip Chiyangwa had splashed $200 000 to bring the West African side to Zimbabwe.

Initially, the match had been billed for mid-August but the Ghanaians opted to play South Africa on August 11.

Chiyangwa confirmed that he would bankroll the match and claimed to have mandated the Zimbabwe Tourism Authority (ZTA) and Zifa to facilitate the Black Starsâ€™ visit.

The Warriors are scheduled to play against Liberia in an away 2012 Africa Cup of Nations qualifying fixture on September 4.

The ZTA was instrumental in bringing the Brazilian national team to the National Sports Stadium on June 2 in an international friendly, which has been dogged by accusations of fraud.

Ghana were the most successful African team at the recent World Cup, reaching the quarter-finals of the tournament, which has seen many of their players rise to prominence.

Dube also shed light on the case in which a Swiss company, Kentaro, was suing Zifa for failing to remit gate-takings in the match between the Warriors and Brazil.

â€œZifa was not involved in that match. We did not get a single cent.

â€œThe only benefit we had was that we watched the match. We have since made contacts with Kentaro so that we get to the bottom of the issue,â€ said the former Buymore chairman.