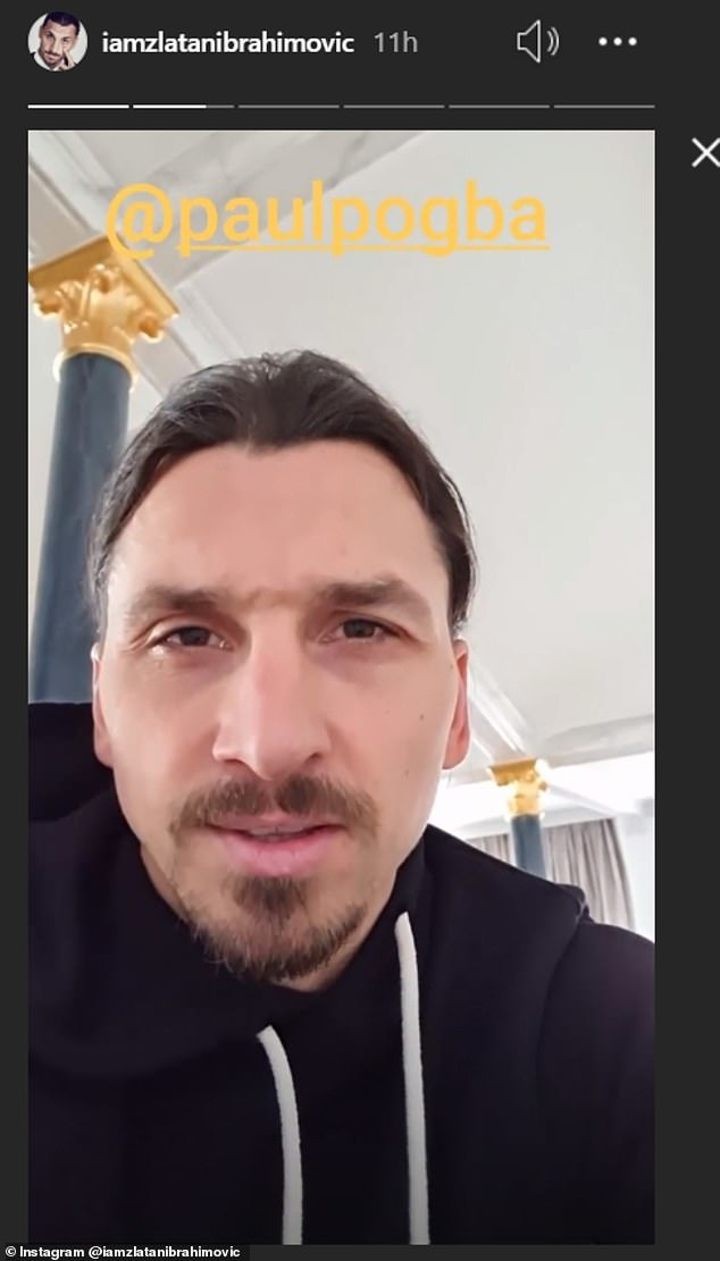 Zlatan Ibrahimovic and Paul Pogba took to social media to compete in an outrageous and competitive skill battle on their respective Instagram stories.

The pair know each other well from their time at Manchester United, having moved to Old Trafford in the same transfer window ahead of the 2016/17 season when Jose Mourinho was in charge of the club.

Both Zlatan and Pogba demonstrated outrageous technique and even exchanged some online banter and taunting, with the legendary Swede offering some career advice to the French World Cup winner.

Before showing off his skills, Zlatan told Pogba: 'It's looking better, much better. But now I'm going to take it to another level. Watch and learn.'

38-year-old Ibrahimovic continued to defy his aging body by showing a range of keep-ups, chest controls and even managed to bounce the ball over his head despite the ball being behind him.

Pogba had previously shown why he is known as one of the most technically gifted players in world football by showing his round-the-world tricks.

Both Ibrahimovic and Pogba helped United win the Europa League and League Cup in 2017 but their partnership on the pitch did not last for long.

A long-term injury to the Swedish striker saw him fazed out of the club in the 2017-18 season, with Zlatan moving to Major League Soccer to play for LA Galaxy.

The forward was a revelation over there but decided to leave the club at the end of the 2019 season and is now back at former club AC Milan on a short-term deal.

Pogba, on the other hand, is still at Manchester United and has totaled 150 appearances for the club he started his career at.

Despite this long-term loyalty to United, he is rumored to be joining his friend Ibrahimovic in leaving the club within the next few months, with a move to Real Madrid or former club Juventus being lined up for the French midfielder.

Both players, meanwhile, are waiting in the wings while their respective clubs seasons are currently suspended due to the coronavirus outbreak.