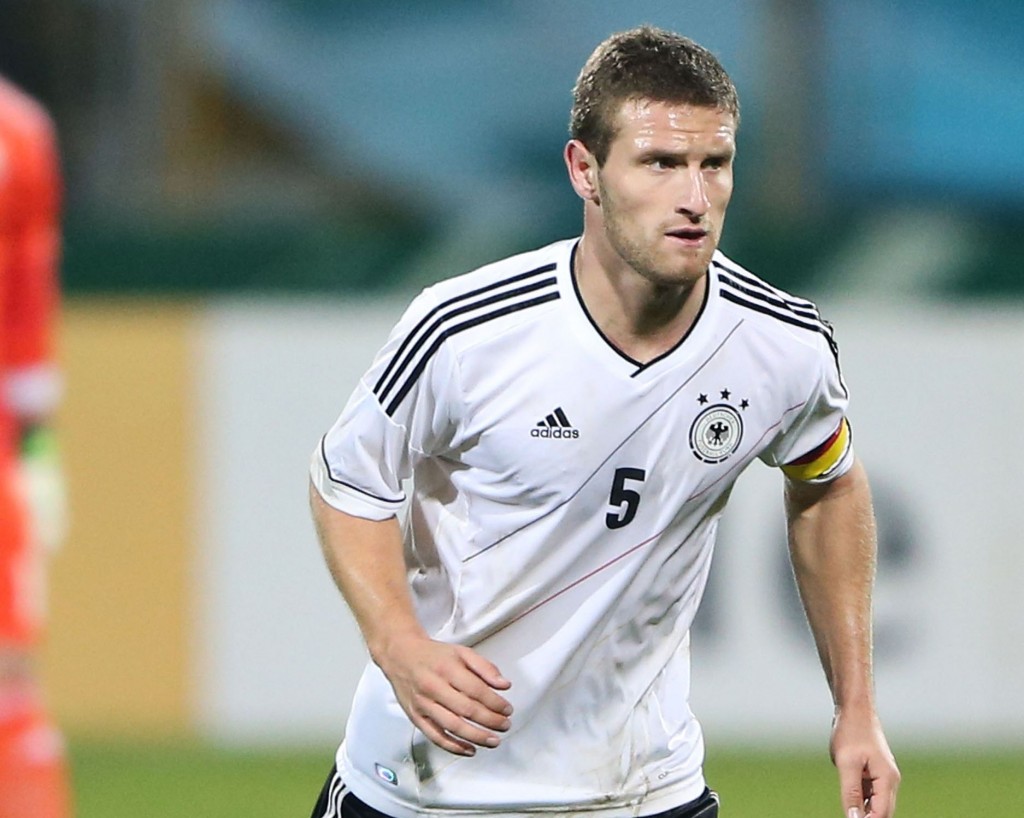 Shkodran Mustafi of Germany runs with the ball during the 2015 UEFA European U21 Championships Qualifying Group Six match between Germany U21 and Faroe Islands U21 at Auestadion on October 15, 2013 in Kassel, Germany. (Photo by Simon Hofmann/Bongarts/Getty Images)
Share

Germany midfielder Marco Reus has been ruled out of the World Cup with Sampdoria defender Shkodran Mustafi called up to replace him.

The German Football Association announced on Saturday morning that the 25-year-old faces a lay-off of seven to eight weeks, meaning he will not be fit for the World Cup.

"It's extremely regrettable both for him and for us," said Germany coach Joachim Low on Saturday.

"Marco was in top form and he had made a fantastic impression during our training camp and in both our games against Cameroon and Armenia.

"You could just see how much he was enjoying his football. He had played a key role in our considerations for Brazil."

Instead, Sampdoria defender Mustafi will be boarding the plane with the rest of the Germany squad on Saturday night.

"It was not about finding a like-for-like replacement for Marco," Low continued. "We have a great deal of quality in that position behind the forwards.

"That is why we have chosen an extra option for the defence. Shkodran impressed us during our training camp, he's fit and we have faith in him.

Reus will not require surgery, but will spend the next two months receiving treatment in Dortmund in a bid to be fit for the start of the 2014/15 Bundesliga season at the end of August.

Mustafi has been capped only once, playing the full 90 minutes of Germany's 0-0 draw against Poland last month having impressed in Serie A last season.