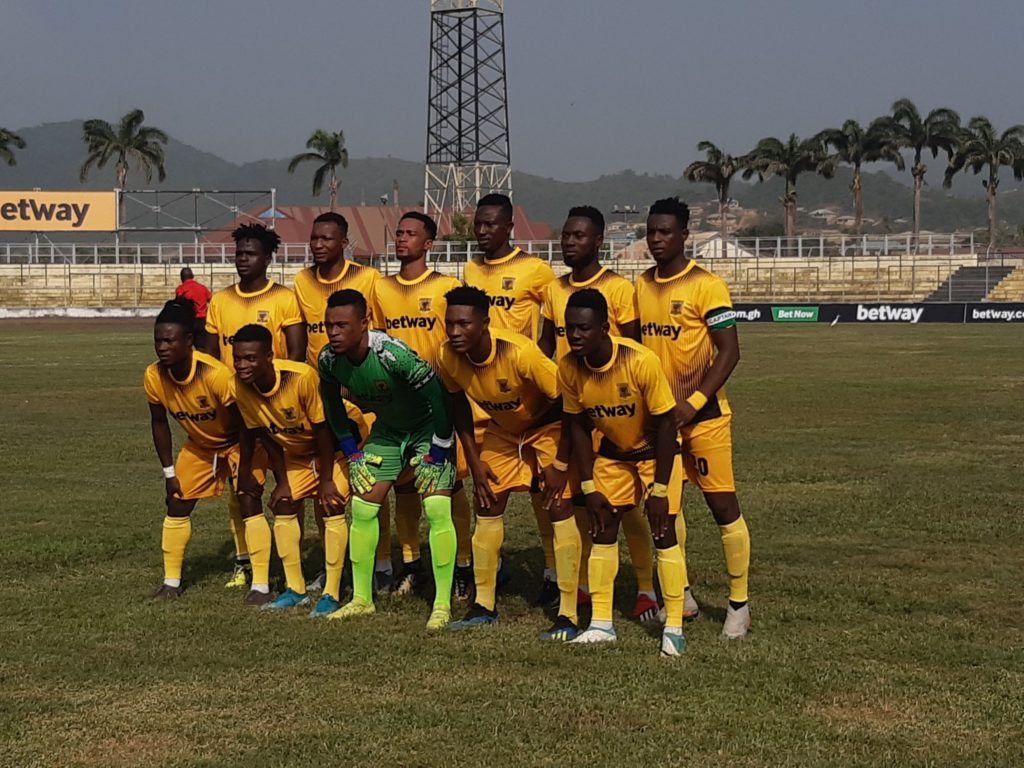 AshantiGold SC recorded an emphatic 3-0 over Great Olympics to start the 2019/2020 campaign on a perfect note on Sunday.

Assistant coach Yakubu Sheriff Mambo who was in charge of the home side handed youngster Emmanuel Owusu a start for the first time in so many games.

The visitors made early incursions in the first ten minutes when the Miners had not settled but failed to connect any of the opportunities that fell their way.

They opened the scoring in the 18th minute through central defender Mubarik Yussif who was also celebrating his birthday.

Forward Mark Agyekum setup Amos Addai in the 37th minute to double the lead for the hosts at the Len Clay stadium.

Shafiu Mumuni completed the victory in the 69th minute as he scored from the spot after he was brought down inside the box by goalkeeper Ayuba Nelson.

AshantiGold travel to Kumasi to take on King Faisal in their next game.