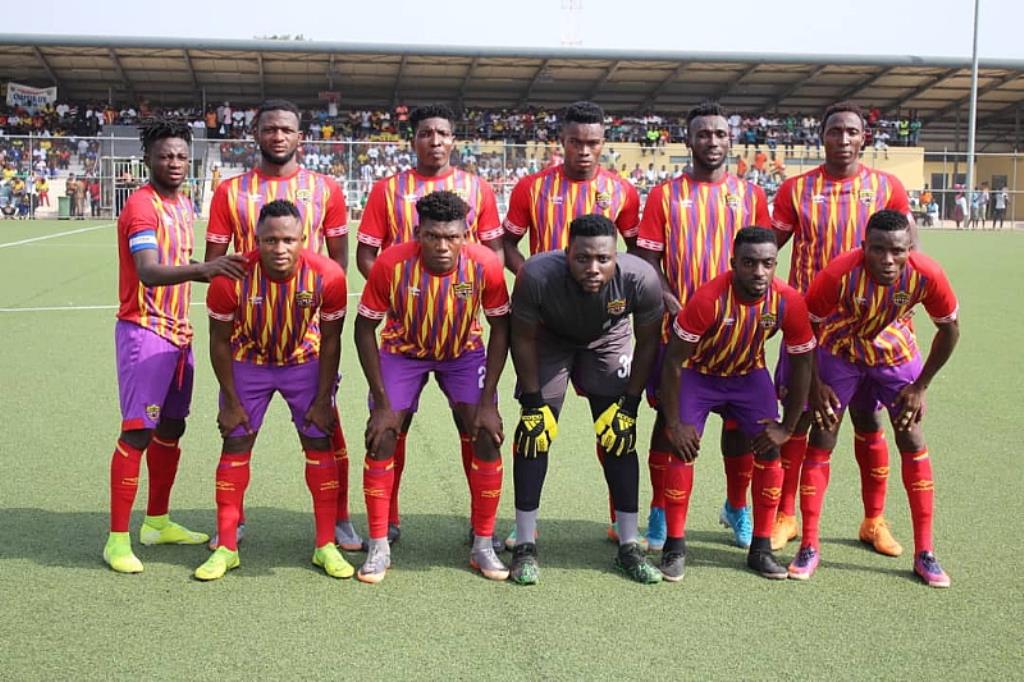 Hearts of Oak were held to a 1-1 draw at home by Elmina Sharks at the Accra Sports Stadium on Match Day 12 of the Ghana Premier League.

Dennis Mensah scored a thunderbolt to put the visitors into the lead after 25 minutes before Kofi Kordzi leveled with a powerful header in the 38th minute.

Hearts had began the game the better of the two sides, but it was Sharks that had the early chance from a corner kick which was poorly dealt with before it fell to Mensah who volleyed in for the opener.

Hearts immediately responded after taking advantage of a corner wich saw leading scorer Kofi Kordzi heading in for the leveler.

The two sides went into the break a goal apiece.

Elmina Sharks made two quick changes in the second half, with Benjamin Tweneboah and Isaac Donkor coming on for Richard Mpong and Augustine Owusu respectively.

Coach Edward Odoom responded to the attacking change of his opponents by bringing on William Dankyi for Joseph Esso.

Manaf Umar replaced Fredrick Ansah, who was having a game game. However, the Phobians struggled to get a winner.

And with five minutes left, Fatawu Mohammed sent in a low cross which was dealt with by the Elmina Boys as they remained resolute for a point.

The Phobians failed to to win for a second game running after draw at Karela on Match Day 11.