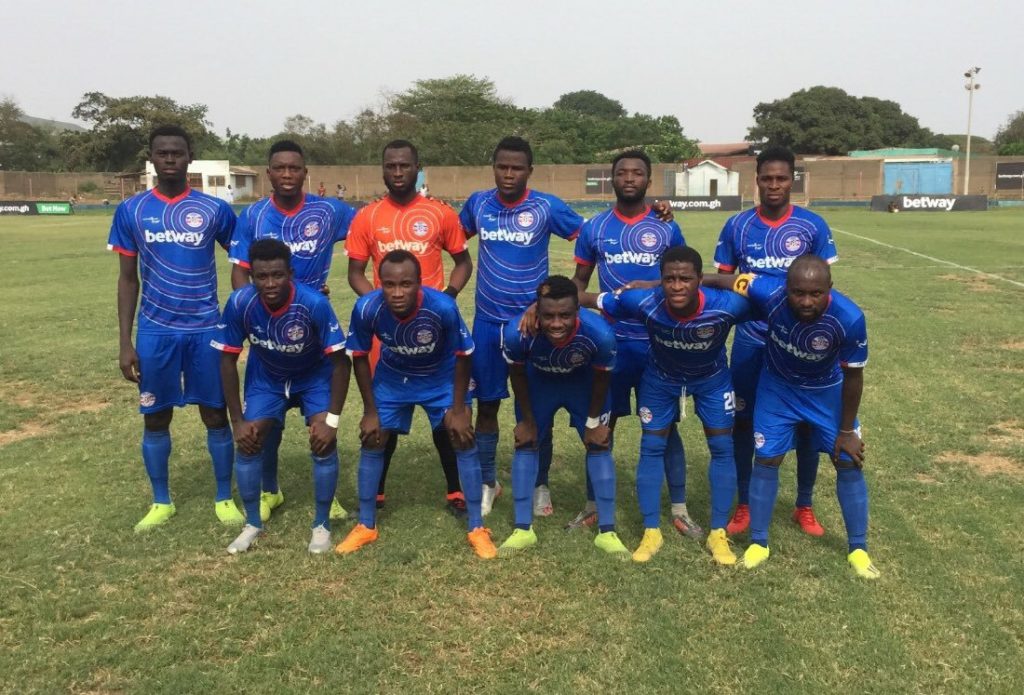 Liberty Professionals will lock horns with Inter Allies FC in crucial regional derby on Thursday at the Carl Reindorf park in Dansoman.

The Scientific Soccer Lads go into the game from a 3-1 loss suffered to Elmina Sharks FC on the weekend.

They would want to make amends by beating the Cappelli Boys in the derby in the midweek.

Liberty are lying 13th on the league standings, five points above the bottom places.

David Ocloo has a full squad available for selection on Thursday as there are no or few injuries in the team.

Elvis Kyei Baffour has been the main man for the Scientific Soccer Lads this term. He has netted 7 goals and is tipped to score again on Wednesday.

Inter Allies FC make a short trip to Dansoman just four days after drawing 1-1 with Hearts of Oak in another regional derby.

Despite being the best team in the month of February, the last three games haven't been good for the Capelli Boys.

They have not won a game in the last fixtures in all competitions including a 3-0 drubbing by Legon Cities FC.

Their form in last month saw their top marksman Victorien Adje Adebayor emerge best of for February whereas trainer Henrik Lehm won that of the coach.

Adebayor has been involved in 16 goals for Inter Allies this season, scoring 11 and assisting 6.

If Inter Allies are to pick at a least a point from Dansoman on Wednesday, the Nigerien is expected to play role in that.