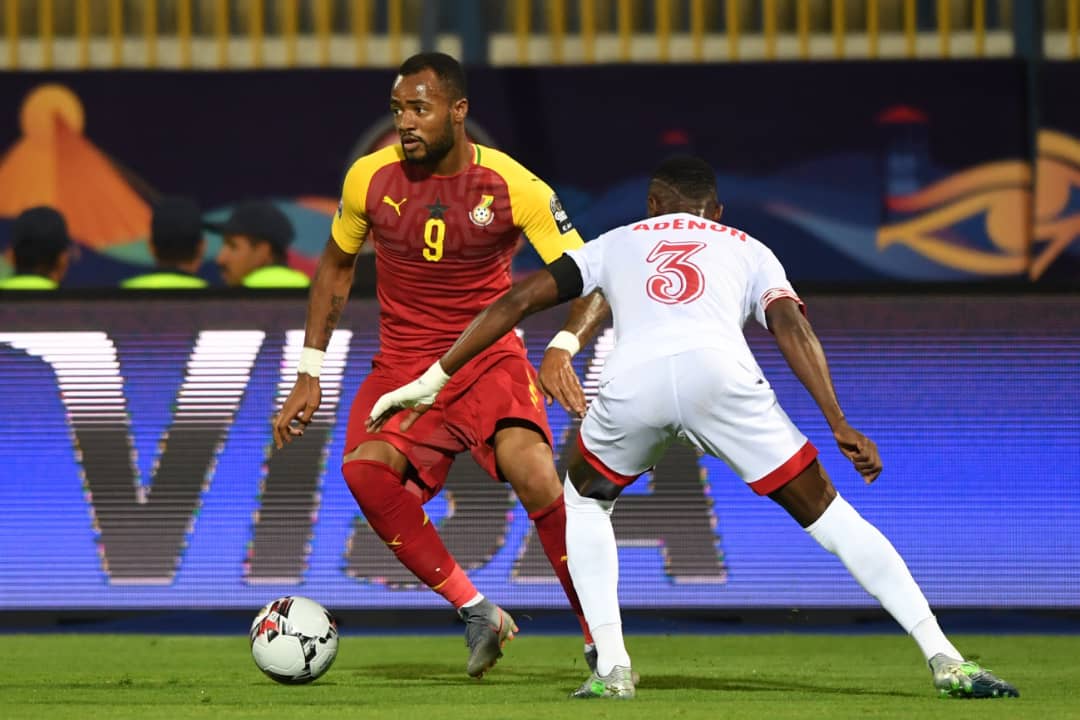 Black Stars striker Jordan Ayew has indicated that fighting spirit will help Ghana triumph at the ongoing Africa Cup of Nations in Egypt.

Ghana begun its campaign to end it 37-years Afcon title drought against Benin on Tuesday with a draw. The game ended 2-2.

Jordan Ayew who was adjudged  man of the match after the game praised his team mates for their fighting spirit as they were able to hold Benin to a draw after been down by a man for 35 minutes in the second half.

The Crystal Palace forward put Ghana in front but the lead was later cancelled by Benin’s Pote in the second half which saw the game end 2-2.

“We have two more games. If we continue like this, we need to work hard. I have total confidence in the boys”, he told the media after receiving his man of the match award.

"We showed a good fighting spirit so it's positive for the next game. I think we did a good game. We still have two matches to go."