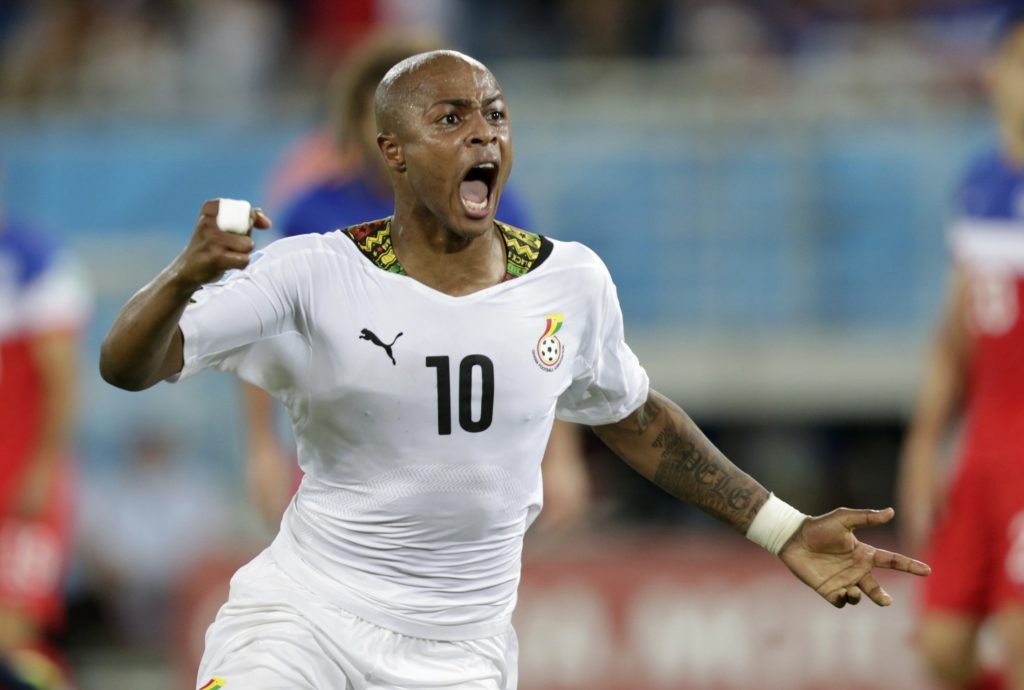 He is the second-born son of three-time African Footballer of the Year and FIFA 100 member Abedi "Pele" Ayew and has two brothers, Ibrahim and Jordan, who also are professional footballers.

Ayew began his career in Ghana, playing for Nania, while debuting for the club at age 14.

In 2005, he signed with his father's former club, Marseille, and spent two seasons in the club's youth academy before making his debut in the 2007–08 season.

Ayew spent the following two seasons on loan with Lorient and Arles-Avignon, helping the latter team earn promotion to Ligue 1 for the first time.

In 2010, he returned to Marseille and became an integral part of the first team under manager Didier Deschamps, making over 200 appearances and winning consecutive Trophée des champions and Coupe de la Ligues in both 2010 and 2011.

Ayew has been a full international for Ghana since 2008 and has earned over 65 caps. At youth level, he starred for and captained the under-20 team that won both the 2009 African Youth Championship and the 2009 FIFA U-20 World Cup.