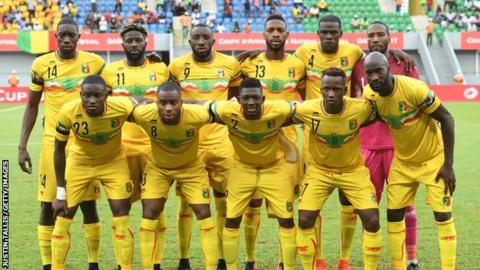 Drawn in Group E with Angola, Mauritania and Tunisia.

Magassouba has been ‘interim coach’ for more than two years since the departure of Alain Giresse but with the national federation in crisis no decision on a permanent appointment has been made.

The 61-year-old from Nara in the north of Mali made his name coaching in the former Zaire where he took Daring Club Motema Pembe to success in the 1994 African Cup Winners’ Cup.

He also coached TP Mazembe and the national team of DR Congo and worked at clubs in Gabon and Senegal.

French-born striker Marega scored six goals in successive appearances in the Champions League this season as Porto got to the quarter-finals, a stat that contrasts sharply with just two goals in 18 caps for Mali.

Marega moved to Portugal four years ago after playing in the lower leagues in France and a significant tally of goals for Maritimo, Vitoria Guimaraes and Porto have vastly elevated his profile.

How they qualified: Top placed team in Group C, ahead of Burundi, Gabon and South Sudan.