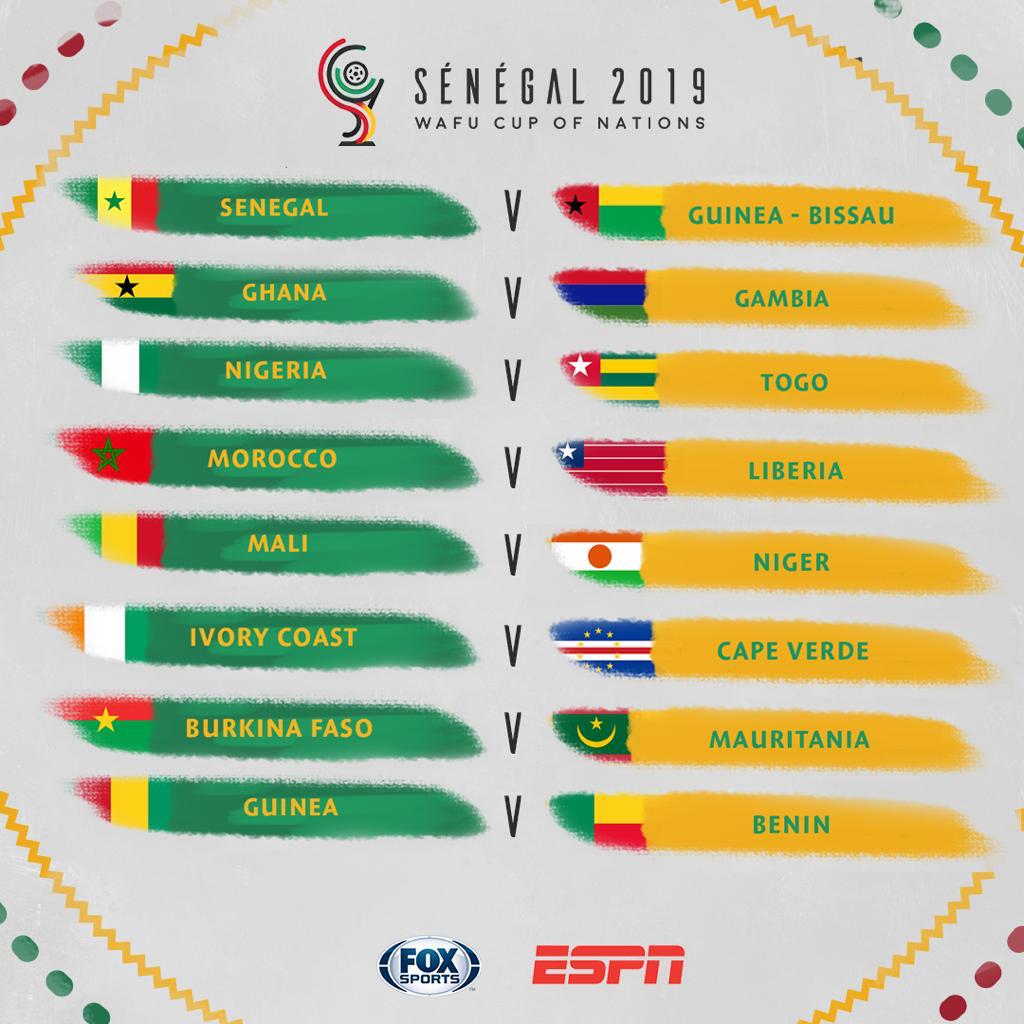 Defending champions Ghana will face Gambia in their opening match at the 2019 WAFU Cup of Nations in Senegal this September.

This was after Wednesday's draw at the Radisson Blu Sea Plaza Hotel in Dakar on Wednesday 29 May.

The tournament will run from 28 September till 13 October with all matches taking place at the Stade Lat Dior in the beautiful city of Thies.

There will be no groups in this year’s WAFU event and instead it will be separated into a Cup and Plate competition, with each team playing a minimum of two matches.

There will be two games each day before a rest day on 2 October and then the Cup final on 13 October.

Last year, hosts Ghana beat Nigeria 4-1 in the final to lift the trophy at the Cape Coast Sports Stadium.

The draw on Wednesday decided the first eight fixtures for the first phase of knockout matches with the winners of those matches progressing into the Cup phase of the competition while the losers will go into the Plate phase.

The first match of the 2019 WAFU Cup of Nations will take place on 28 September and will see the host nation in Senegal taking on Guinea Bissau.

This will be followed by the defending WAFU Champions Ghana taking on The Gambia on the same day.

29 September will see the Super Eagles of Nigeria taking on Togo, followed by Morocco against Liberia.

30 September will see Mali take on Niger while the Elephants of Cote d’Ivoire will face the minnows of Cape Verde.

1 October will see the final first round knockout matches taking place with Burkina Faso going up against Mauritania while Guinea will take on Benin.

The quarter-finals of the Cup and Plate competition will then take place from 3-6 October with the semi-finals happening from 8-9 October.

The final of the plate competition will take place on 12 October with the Cup final concluding the 2019 WAFU Cup of Nations on 13 October.