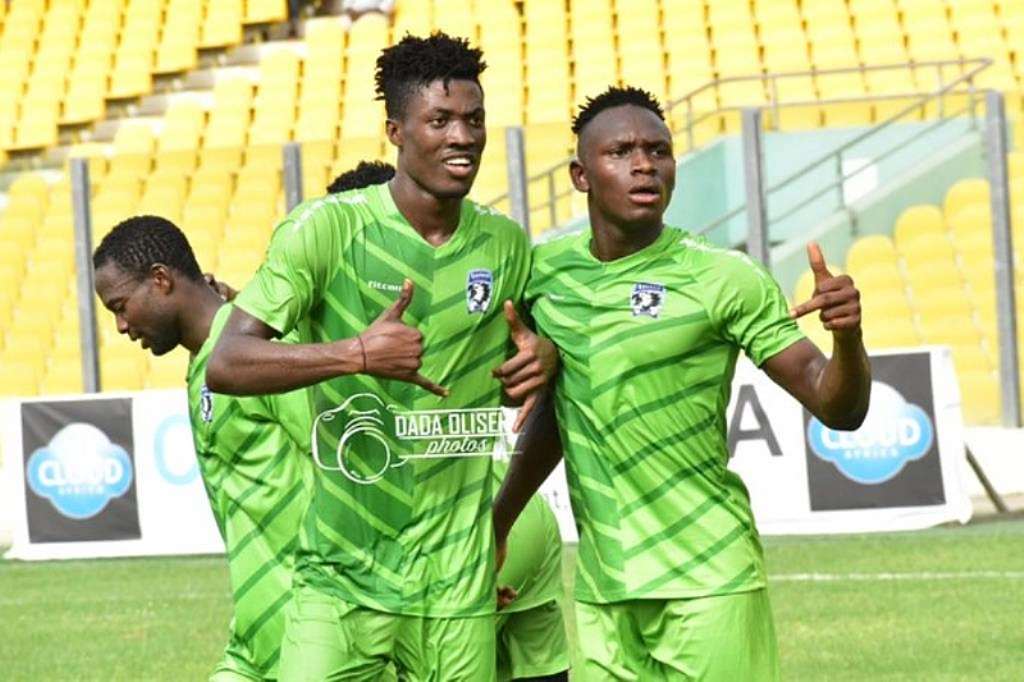 Hafiz Konkoni celebrated his player of the month award at Bechem United with a brace as the Hunters run riot over former champions Aduana Stars at the Nana Gyeabuor Park.

A rampant first half performance, with goals from Konkoni, Dennis Modzaka and Samuel Adjetey, left Aduana Stars in wonderland as they fumbled to another shocking 4-0 away defeat.

Forward Hafiz Konkoni wasted no time in putting the Hunters in the lead after slotting home three minutes into the game.

The home side doubled their lead twenty minutes later through Dennis Modzaka after a dominant display.

It went from bad to worse for Aduana when Sampson Adjei Adjetey added Bechem United's third before half-time break.

The referees half-time whistle came as relief for Aduana but just as the Ogya Boys looked to be waking up from their slumber, Hafiz Konkoni added his second and Bechem United's fourth.

At that point the game was beyond the visitors who had to ensure they did not concede more goals on a drastic afternoon in Bechem.

The victory moves Bechem United to sixth position with 30 points and behind Hearts, who are yet to play, on goal difference.