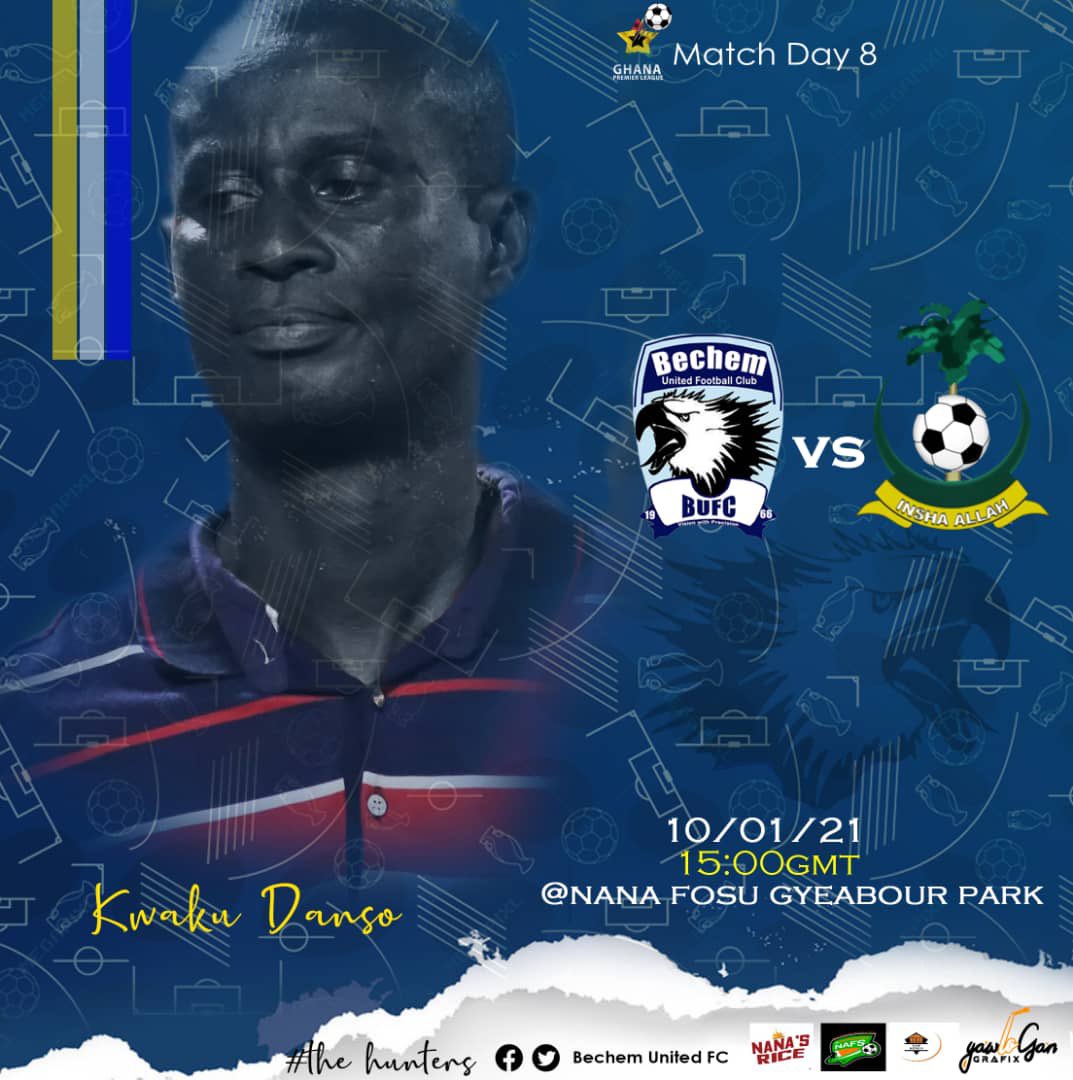 Bechem United will be hoping to recover from the 6-1 defeat suffered at the hands of Hearts of Oak when they host strugglers King Faisal at the Nana Gyeabuor Park on Sunday.

The Hunters have been in good form in the ongoing campaign despite the defeat to Hearts and currently lie second on the table.

Bechem United prepared for the match against King Faisal with a friendly encounter against Kapsport management FC. A game they won 11-0.

The former FA Cup winners have won four games, drawn two, and lost just a game in seven matches. They still hold a 100 percent record at home this season.

Meanwhile, their opponents, King Faisal are set for another relegation dogfight as they find themselves 17th on the 18 team league table.

King Faisal have won just a game and are one of the bad travelers in the 2020/21 Ghana Premier League.

Bechem United will rely on key men Hafiz Konkoni and Prince Kwabena Adu to deliver the goals against King Faisal.

King Faisal and Bechem United have identical records in the Ghana Premier League, having met three times, winning a game apiece and drawing one.