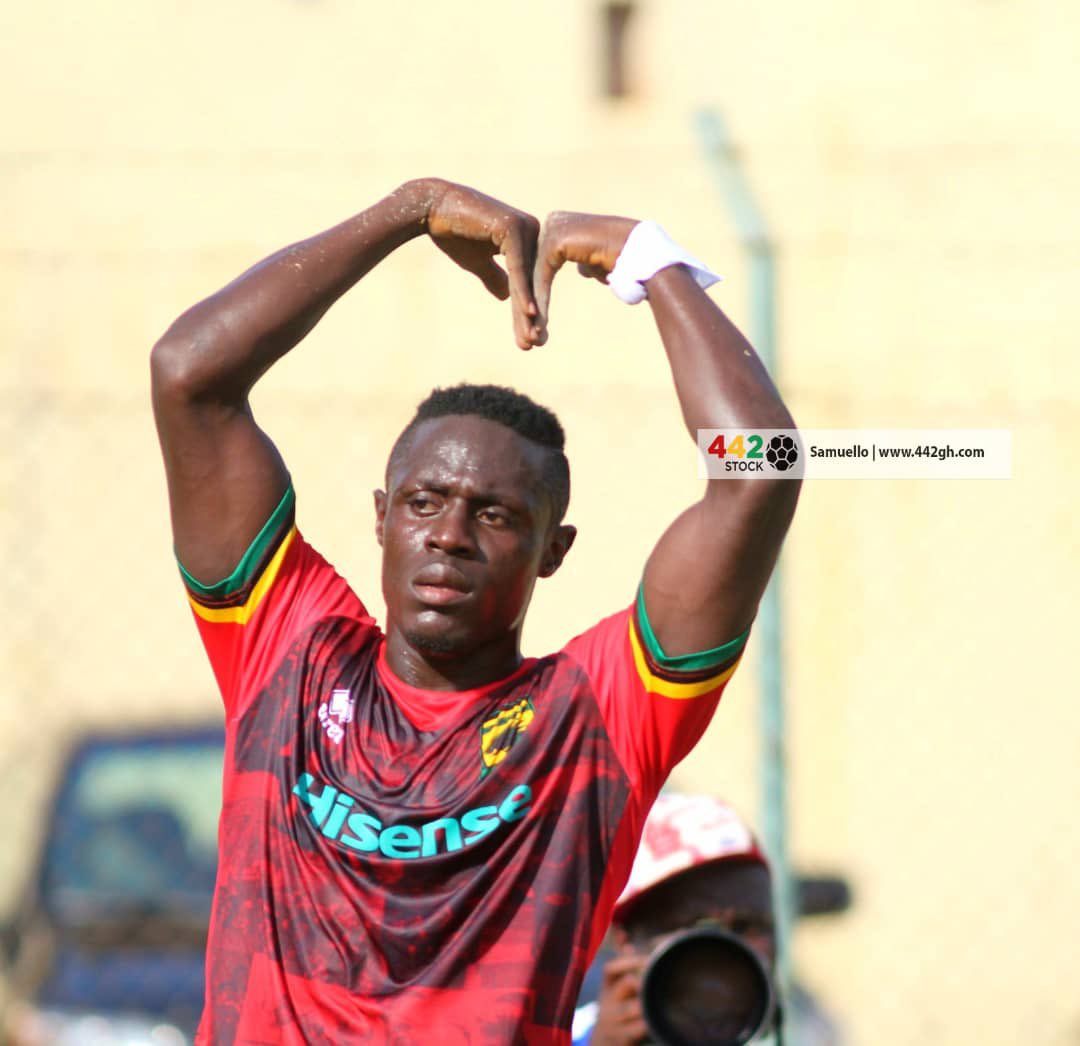 Kwame Opoku stole the show with a stunning brace as Asante Kotoko beat Liberty Professionals 2-0 at the Accra Sports Stadium on Monday afternoon.

Brazilian midfielder Fabio Gama, in his first start for the Porcupine Warriors, assisted both goals.

The two goals came before the 25th-minute mark to settle the contest in favour of Kotoko, who are now sixth on the table.

Opoku scored the first goal on 19 minutes as he latched on to Gama's pass inside the penalty box and made room for himself before unleashing a powerful shot which took a kind deflection into the net.

Four minutes later, Gama and Opoku combined again to double the lead. Opoku received a brilliant pass from Gama, got the better of his markers and dinked the ball over the onrushing goalkeeper.

Kotoko who came into the game on the back of controversial elimination from the Caf Champions League were the better side and deservedly won.

Liberty had a couple of decent opportunities but Kotoko defended well to claim a clean sheet.

The result means Kotoko, with a game in hand, are three points adrift of league leaders Bechem United while Liberty have 10 points and occupy 10th position.