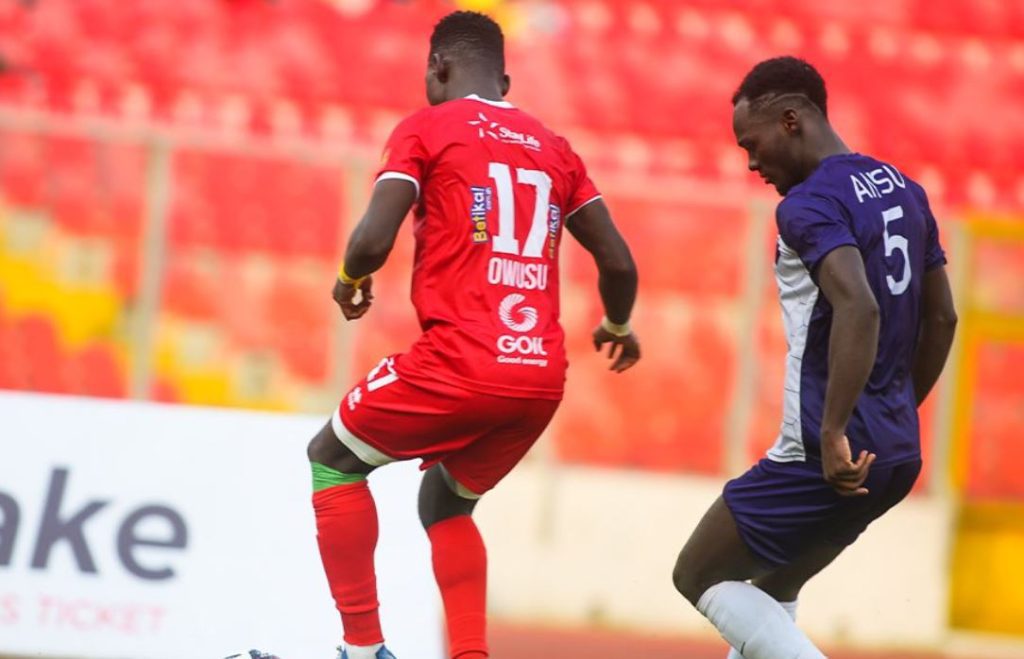 Asante Kotoko hope to resume their winning ways as they host the Great Olympics at the Baba Yara Stadium in Kumasi.

Last weekend's top-of-the-table match between the Porcupine Warriors and Aduana Stars resulted in a draw.

Due to the outcome, Kotoko were unable to overtake Aduana Stars; as a result, they currently occupy fourth place, and a victory would allow them to reclaim second place or even move up to the top spot.

Kotoko's first-choice goalkeeper Ibrahim Danlad is in Alegria with Black Galaxies for the African Nations Championship, but Frederick Asare has filled in admirably.

Kotoko avoided defeat in Dormaa thanks to Asare's continued brilliance, keeping them in contention for the title. On Sunday, he is expected to start and stop Great Olympics, whose form leading up to the game has been poor.

Their last three games have all been losses. As a result, they are labelled as underdogs, which they gladly accept because it means they are the ones least likely to succeed. This can be used as motivation to plan a surprise.

Great Olympics has only scored one goal in their last three games, but General Manager Olluboi Commodore is upbeat, predicting victory and early goals for his team.

"Our preparation for the Kotoko game is not different from other games, we are facing them with the same approach and strategy just as we do when playing either Samartex or Nsoatreman," he claimed in an interview with Akoma FM.

"It's funny Kotoko are assuring their fans that they are winning against [Great] Olympics, this is a big match but we are coming to Kumasi to win."

"We will beat Kotoko, and score early goals so fans should come otherwise, they won't see the goals."

"If Great Olympics doesn't win on Sunday at Baba Yara, boo me after the game. I know my team and have corrected all problems so we are going to beat Kotoko," he added.

Last season, Kotoko won both games against Great Olympics, but Olympics' last win over Kotoko came away from home.