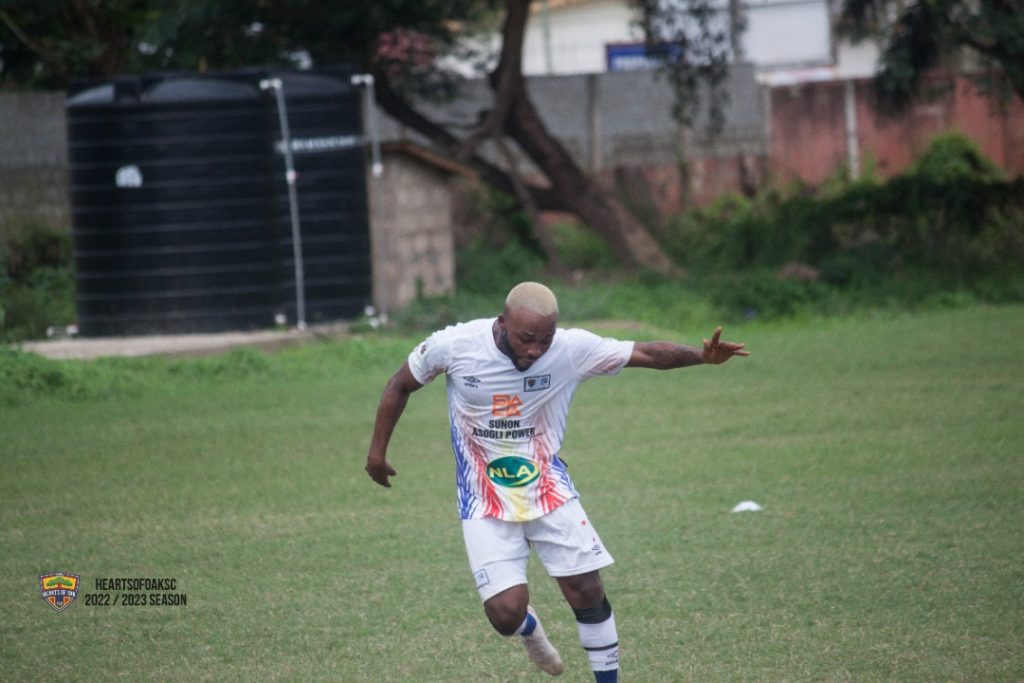 Gladson Awako in training with Hearts of Oak
Share

It is the first major derby of the season and Hearts of Oak are determined to avenge last season’s back-to-back defeats to their city rivals Great Olympics on Sunday at the Accra Sports Stadium.

The Phobians suffered defeat (1-0) on the opening day at Aduana Stars and cannot afford to taste another defeat.

Head Coach Samuel Boadu has come under early pressure but the dethroned league champion is defiant.

"We've lost the last two games to Great Olympics so they have the mindset they will be us again but trust me, it won’t happen for the third time," he told reporters.

"We are preparing to meet them and I know it will be good football on Sunday."

New signing Konadu Yiadom is available for selection after missing the season opener at Dormaa.

This season, Great Olympics are handled by ex-Ghana international and Hearts of Oak winger Yaw Preko.