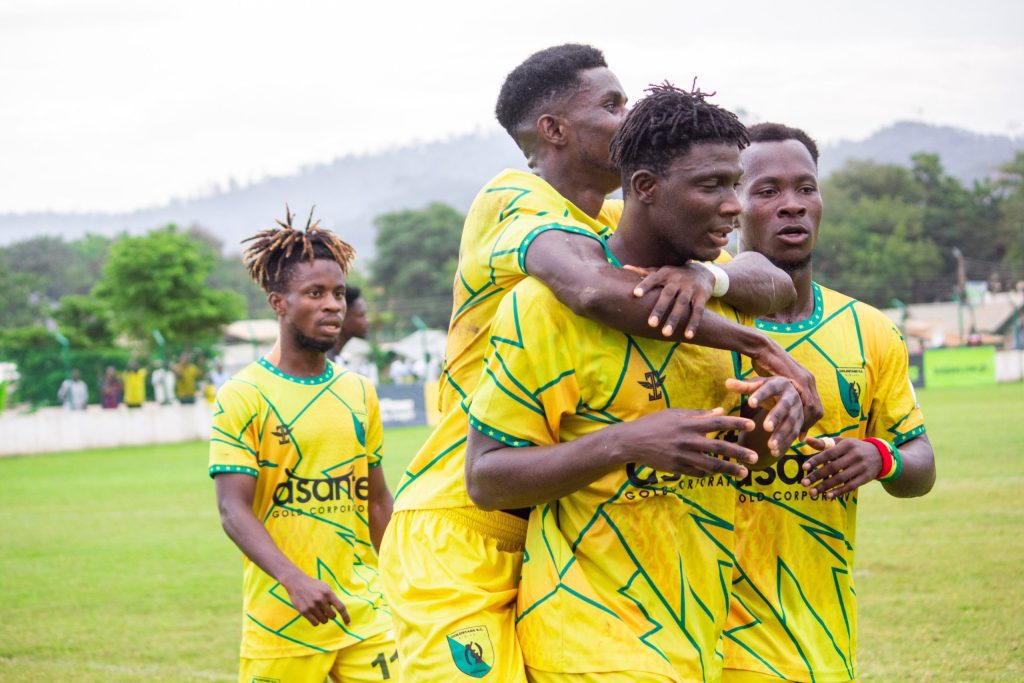 Gold Stars made home advantage count as they blew aside basement boys King Faisal on Sunday, 6 November 2022, in the Ghana Premier League.

Faisal have now lost all their opening five matches and leaves new coach Jimmy Cobblah without a point in two matches.

Laar opened the scoring in the 32nd minute against a lame Faisal and four minutes later he doubled the lead.

It was also his brace- his first of the season.

Late on in the game in injury time, Faisal were awarded a penalty and Haruna Mohammed converted  to reduce the deficit.

Gold Stars have now improved to two wins; one draw and one defeat at Dun’s Park in three matches.