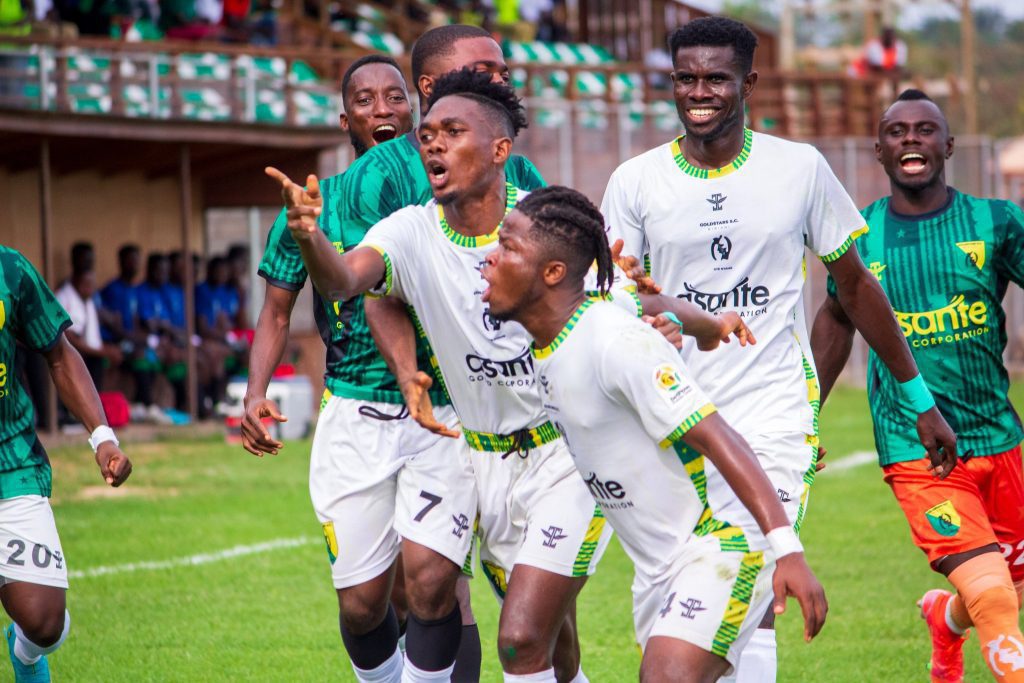 FC Samartex had their winless start to life in the Ghana Premier League stretched on Sunday when they were humiliated at home by Bibiani Goldstars FC.

Two goals from defender Yahaya Adraman and another from Ibrahim Laar ensured the Miners claimed a 3-0 victory in the end.

Sunday's win is the first on the road by Goldstars and their only second in their last twenty matches in the premiership.

Annor Walker made four alterations to the team that lost 2-1 to champions Asante Kotoko SC at the Babayara Stadium in Kumasi last week.

Ibrahim Larry Sumaila paved way for James Serwonu in the starting lineup while Issah Mammud took the place of Seidu Abubakar who is on suspension.

Farouk Adams was handed his second start of the season having come in to replace Sule Nuhu in the starting lineup with Samuel Amofa also in for Godfred Kyei.

The Miners opened the scoring of the matchday six encounter at the Nsenkyire Sports Arena through Yahaya Adraman in the 13th minute.

Striker Ibrahim Laar scored in the second consecutive time and his 3rd goal of the campaign to the double the advantage for Goldstars in the 67th minute.

Adraman scored again to seal the well deserving victory for the Miners ten minutes to full-time with Samartex still without a win after six rounds.