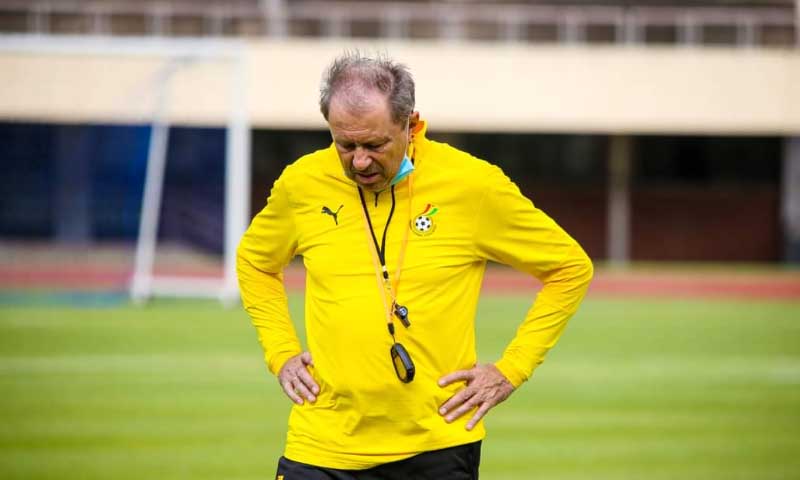 Former Ghana Milovan Rajevac believes the Black Stars will do well at the 2022 World Cup in Qatar if they work together.

Rajevac, who led Ghana to the World Cup quarterfinals in South Africa in 2010, admits the four-time African champions are in a difficult group.

Black Stars will face Portugal, South Korea, and Uruguay, with Ghana being the least likely to advance from the group.

"The group is very strong. Portugal, South Korea and Uruguay are very strong teams and Ghana have to go the extra mile to qualify for the next round," Rajevac said on Akoma FM.

Ghana made it out of a group that included Germany, Serbia, and Australia 12 years ago. Black Stars finished second and went on to reach the quarter-finals for the first time, narrowly missing out on a spot in the final four.

"In 2010, the situation was pretty similar, the group was strong, but Ghana managed to cope with all the challenges and make historical success.

"Unity of the team is the crucial aspect for achieving great things. Ghana has the talent and the passion, I’m sure that every player, coach and official will do their best to make Ghana proud," he added.

Ghana will open their tournament campaign against Portugal on November 24, followed by South Korea four days later, and Uruguay on December 2.

Rajevac returned for a second stint in September last year, but was fired following Ghana’s group stage exit from the 2021 Africa Cup of Nations in Cameroon earlier this year, but he insists he has unfinished business with the Black Stars.