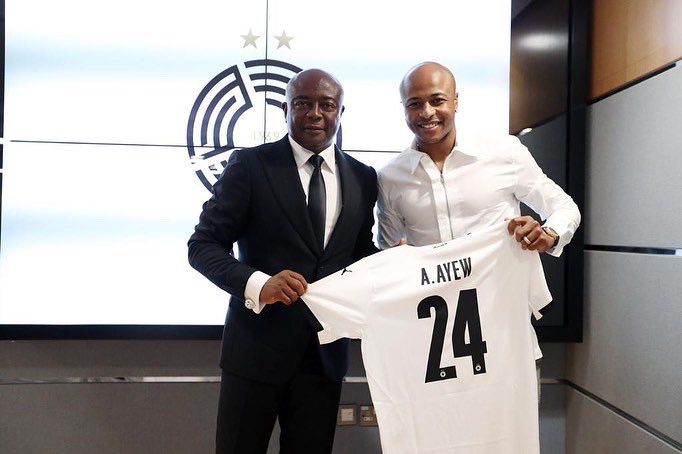 Black Stars captain Andre Ayew says his father, Abedi Pele, is a huge inspiration to him.

The Al Sadd attacker regards the three-time African Player of the Year award winner as an idol.

Abedi is arguably the greatest Ghanaian footballer of all time. He won the 1992/93 UEFA Champions League with Olympique Marseille and was capped 73 times by Ghana, scoring 19 goals.

He was part of the Ghana team that won the country’s last Africa Cup of Nations trophy in 1982.

“I take a lot if not every inspiration from him. He’s my idol and an unbelievable Father,” Ayew told ace broadcaster Kwabena Yeboah on GTV's Sports Highlights show.

His father has also been acting as his agent, negotiating several deals on his behalf, including moves to West Ham United and Swansea City.

The 32-year-old earlier this year became only the third captain to lead the Black Stars to World Cup qualification.

He captained Ghana U-20 team, Black Satellites to win the 2009 Africa Youth Championship and the FIFA U-20 World Cup.