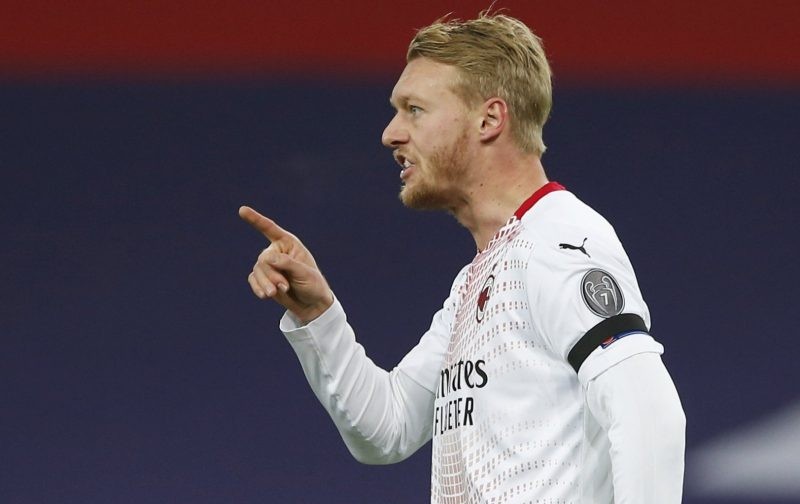 AC Milan failed to take all three points against Lille in the Europa League for a second time as the teams stumbled to a 1-1 draw at the Stade Pierre Mauroy on Thursday evening.

The Dogues had shocked the Rossoneri at the beginning of November as they ran out 3-0 winners at the Stadio San Siro in the corresponding fixture and they again made life difficult for Stefano Pioli’s team. Samu Castillejo gave Milan the lead early in the second half, but Jonathan Bamba equalised for the hosts to ensure that the honours were shared.

The Rossoneri will now turn their attentions back to domestic action as they look to cement their place at the top of Serie A when they face Fiorentina on Sunday afternoon.

The opening quarter of an hour was a muted affair as both teams entered into a tense game of tactical chess, with Milan enjoying the majority of possession and the hosts happy to sit back and wait for a mistake they could capitalise on.

However, with Zlatan Ibrahimovic missing through injury the Rossoneri’s attack looked devoid of any physical presence, as Ante Rebic struggled to impose himself on the contest, and despite controlling the ball they were finding it difficult to create any real opportunities.

The Dogues were offering even less in the way of attack than their visitors and the game descended into a somewhat scrappy affair, with a lack of quality as its overriding feature for over 40 minutes. However, it was the hosts who eventually offered those watching some entertainment as Luiz Araujo burst into life just before the half time whistle with two stinging long range efforts that forced Gianluigi Donnarumma into action.

If Pioli was upset with his team’s first half performance he would have been ecstatic with their opening to the second stanza as they wasted no time in creating a decisive opportunity. There was less than a minute on the clock when Sandro Tonali’s fantastic pass split the Dogues defence and Rebic was on hand to unselfishly square the ball for Castillejo who rolled Milan into the lead.

The Rossoneri looked like a different team in attack and they went close to doubling their advantage only moments later as Castillejo again found himself with a sight at goal, but this time he could only find the side netting.

Despite Milan having total control over the contest it was the hosts who were next to find the target, albeit with a slice of luck. when Bamba’s low shot took a cruel deflection and found its way past Donnarumma to level the contest.

With parity restored it was the Dogues who looked the more comfortable of the two teams in the final quarter of the contest as they went in search of a winner, but the Rossoneri back line held firm and ensured that they would return to Italy with a point.