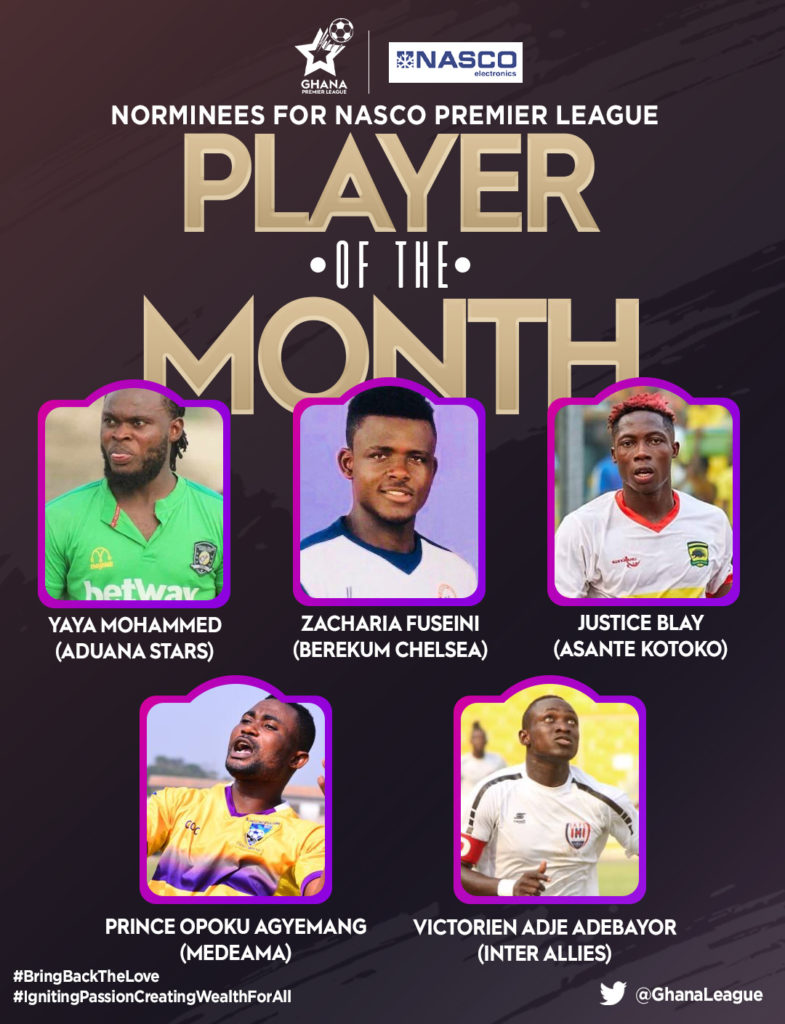 Asante Kotoko star Justice Blay, Aduana's Yayah Mohammed and Inter Allies Nierien import Victorien Adebayor have been named in a five man list for the player for the Month of January.

The other players on the list are Prince Opoku Agyemang of Medeama and Zacharia Fuseini of Berekum Chelsea.

Six matches were played in the month of December and January, with these players giving out strong individual performances which helped their respective teams.

While the forwards scored freely, the midfielders provided great contributions to their teams and the defenders were rock-solid at the heart of their team's defence.

All the nominees were duly recognised with a number of Nasco man of the match awards for their brilliant displays in the month.

The winner will be announced before match week 8 of the Premier League next week.

Meanwhile three coaches have also been nominated for the Nasco Coach of the Month award for January.

They are Berekum Chelsea's Asare Bediako, W.O. Tandoh of Aduana Stars and Samuel Boadi of Medeama.

The three coaches both guided their respective teams to four wins in six matches.

Winner of each category will receive a Nasco television set, a Nasco men's grooming set and a personalised trophy by Nasco.