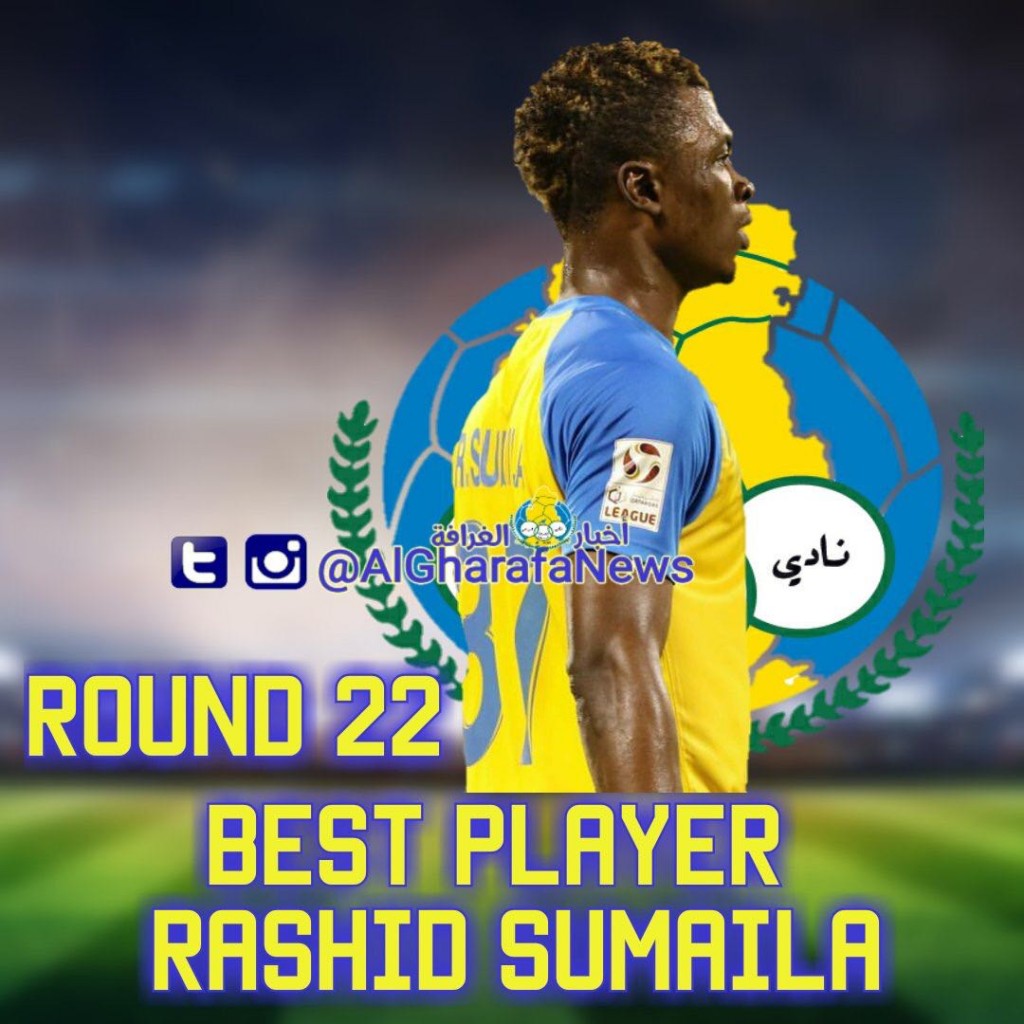 Ghana defender Rashid Sumaila emerged the player of the match in Al Gharafa's 2-1 win over Al Rayyan in the Qatar Stars League derby following is magnificent finish in the 55th minute.

The hardworking Ghana defender wrote his name in the football history of the Qatar Stars League when he scored the intelligent finish to level the scores in his side win away.

Brazilian international David Otavio broke the virginity of the game for the hosts in the 13th minute but Rashid Sumaila restored parity ten minutes after the break before Muneer Abdulghani fetched the equaliser in the 7th minute.

Sumaila whose electrifying drive could not be saved by home side goalie has take his goal tally to 4 in 18 matches since joining the Qatar giants.

The game saw Ghanaian international George Kwasi also starring for the visitors while Lawrence Awuley Quaye was am unused sub.

This will be the 6th Man-of-the-match award he has won since joining the Leopards.

Sumaila joined Al Gharafa from Al Qadsia for a season long loan after winning the Kuwait League with them last season.

Rashid's performance has been skyrocketing as he has helped to transform his new side who were last but one before he joined but are now fifth on the table.

Sumaila was voted Al Gharafa player of the first round in the Qatar Stars League and look set to emerge the side's best player after the season.