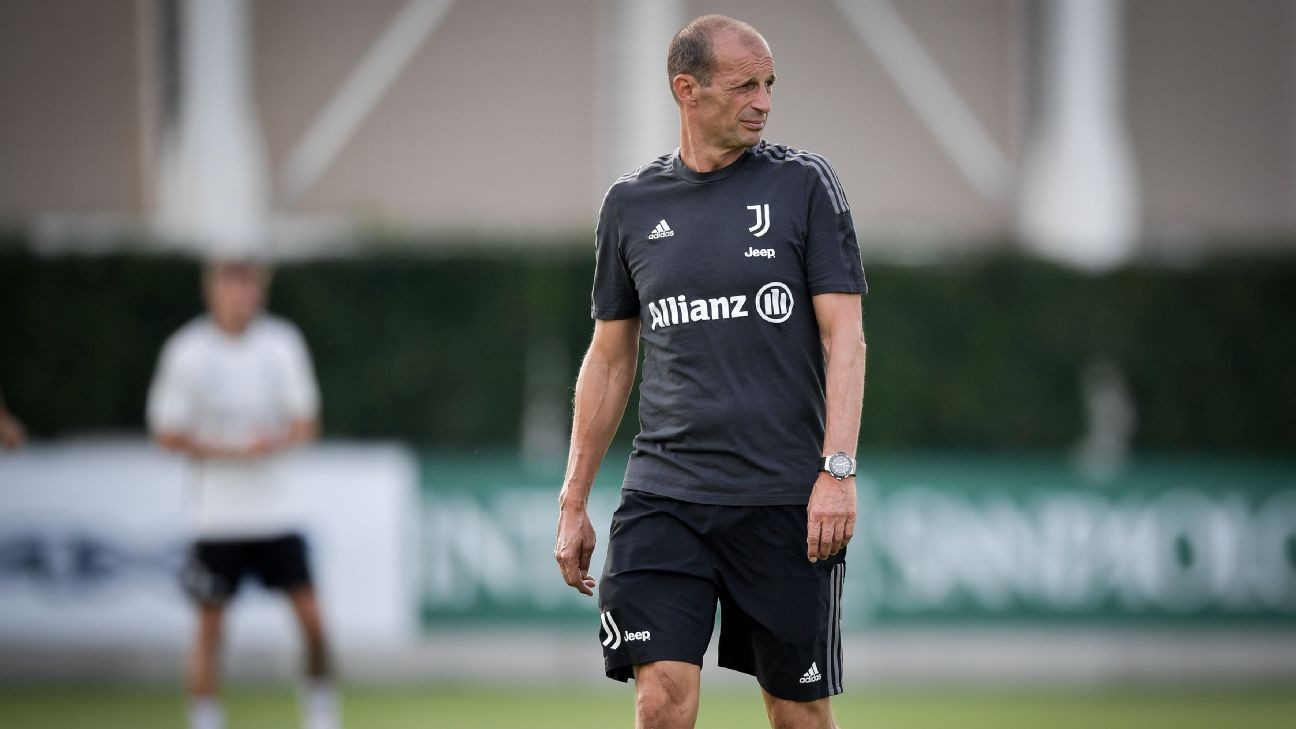 Allegri returned to Juve two years after leaving his position, having been succeeded first by Maurizio Sarri and then Andrea Pirlo.

Since Allegri's departure in 2019, experienced players such as Gianluigi Buffon and Andrea Barzagli have moved on, and the ex-AC Milan boss is looking at Ronaldo and the other older players to step up.

"I spoke to Ronaldo, as well as other players yesterday," Allegri said at a news conference. "I told him that next season is an important one and that I'm happy to see him again.

"But also that he will have more responsibility than three years ago, when he joined a more experience squad.

"I expect, not only lots of goals from Ronaldo, but also the example of the experienced player he is."

In Allegri's final season, Juve won Serie A butfailed to win the Coppa Italia for the first time in his five-year tenure and were knocked out of the Champions League by Ajax at the quarterfinal stage.

Sarri took Juve to the title in following campaign before Pirlo led Juve to fourth place as they missed out on winning Serie A for the first time in a decade with Inter Milan coming out on top.

"We need to create a path which leads us to the title in May, "Allegri said. "[Winning the Champions League] is our desire and should be everyone's desire.

"But, aside from winning as much as possible, my objective is to help grow and improve the players."

Asked about potential title rivals, Allegri said: "I see Inter as favourites because they won the title last year. There have been a lot managerial changes -- I am also curious to see Roma and Napoli."