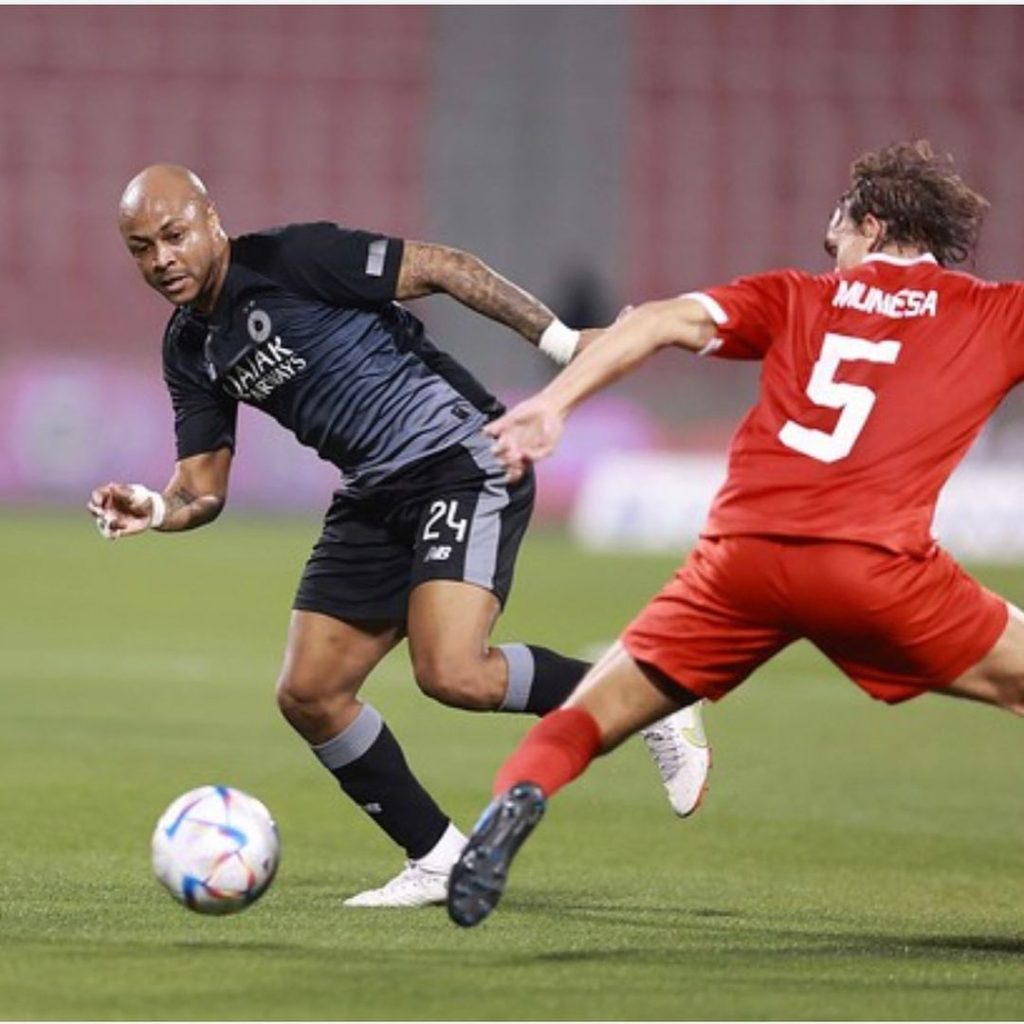 Andre Ayew is on cloud nine after helping Al Sadd to a 2-0 win over Al-Arabi SC in the Qatar Stars League on Monday.

The Black Stars captain impressed in the away match, which saw goals from Santi Cazorla and Hassan Al-Haydos.

It was the club's second straight victory since the league resumed after the World Cup break.

Al Sadd have been extremely effective in the last two games, scoring six points to close in on the top four on the table.

They are still 10 points off the top spot, but with many games remaining, they remain optimistic, particularly Ayew, who scored in the club's first game of the year. 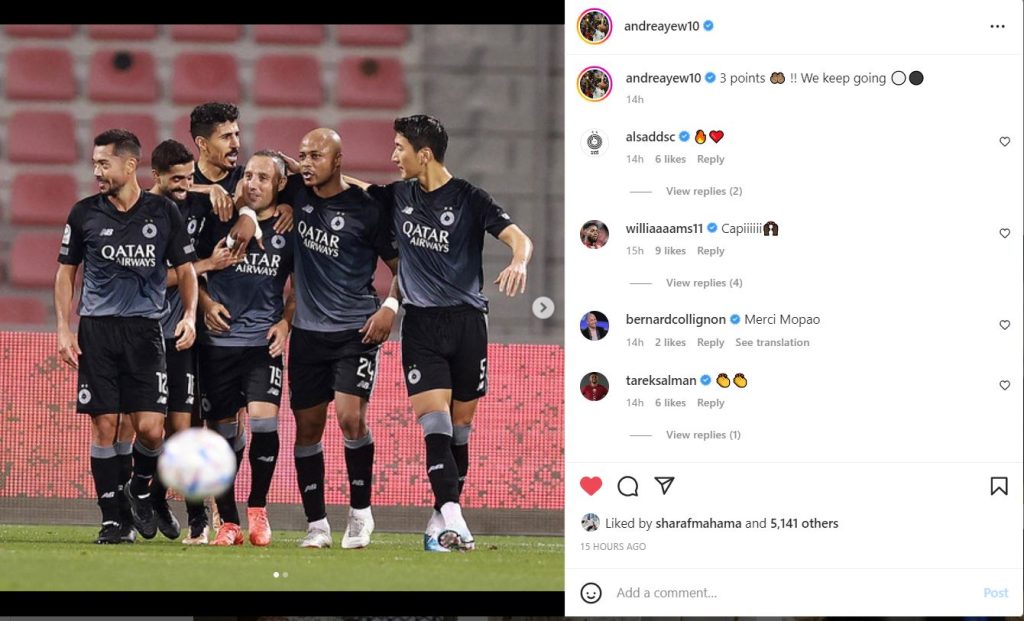 Their goal of winning the league for the second time in a row remains unchanged, and the players want to ensure that by the end of the season.

Ayew has four goal contributions (three goals and one assist) in nine league games this season.