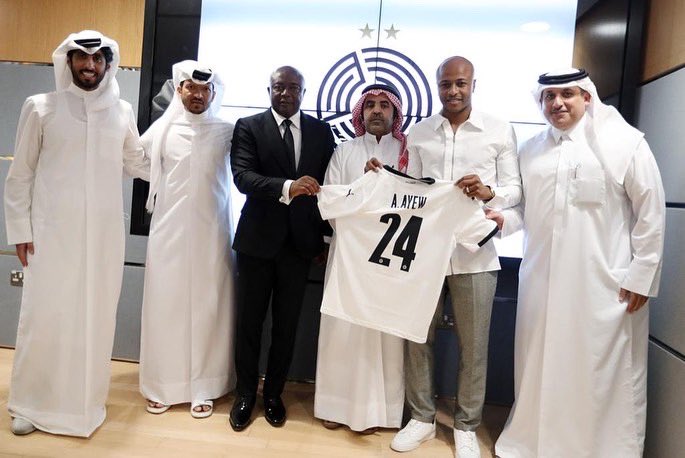 Former Ghanaian footballer and a family member to the Ayew, Solar Ayew has revealed that his nephew and captain of the Black Stars Andre Ayew is in Qatar to secure the bag.

According to Solar Ayew, at a point in your career you make financial decisions that has great impact on your future.

He also believes the movement of Andre could be the lucky move which will bring success to the nation.

“It could be that the Qatar move will be the luck the country needed to ensure we win a title in the coming years and I believe something good will come from it,” he told Ashh FM.

“It’s the dream of every footballer who believes has achieved it all in the game to move to secure the money, and that is the case of Andre too," he added.

The Ayew's have a history of playing in Qatar, with the legendary Abedi Pele once donning the jersey of Al Sadd, the club Andre Ayew has joined.

Andre Ayew signed a two-year deal with Al Sadd with the option of a further year last week.

“This is not the first time the family has seen someone move to Qatar, considering Abedi Pele and myself once played there before moving to Europe. It’s not something new in our family," said Solar Ayew.

“Sometimes situations make us take certain decisions so we all support him to play in the country. It’s not about his form but about enjoying football in Qatar.”