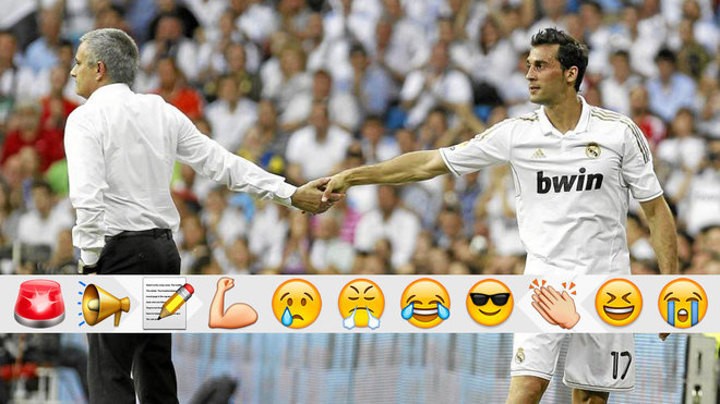 MARCA's Jose Felix Diaz has revealed that Alvaro Arbeloa will coach one of Real Madrid's youth teams from next season.

The retired right-back has been working to get his Pro Licence and will now follow in the footsteps of Raul Gonzalez and Xabi Alonso at Valdebebas.

But Arbeloa's character as a coach generates even more curiosity about the school he has always declared himself a fan of...

Arbeloa's career as a coach is set to begin.

He will start at Real Madrid and, although every coach has their own booklet, and Arbeloa will be Arbeloa on the bench, he will surely talk to his good friend, Jose Mourinho.

The Portuguese had a huge impact on Arbeloa during their time together at Real Madrid, both professionally and on a personal level.

Can you imagine them together as coaches on the bench one day? I wouldn't rule it out, considering the great friendship they have.

One can imagine Arbeloa looking more to the Mourinho school, but you never know.

Zinedine Zidane also began by being very close to Mourinho in Madrid, but after visiting Pep Guardiola and working with Carlo Ancelotti, he ended up creating his own school, closer to Vicente del Bosque or Ancelotti than Mourinho, of course.

What is clear is that Arbeloa's teams will be expected to fight and be intense until the last minute... and to be as faithful as possible to the badge that they defend.

Twelve days to go until LaLiga Santander can get back underway, so that Spain and everyone else around the world can enjoy one of their passions after almost three months of nightmares.

It seemed impossible that football would not return, and little by little, developments mean that our favourite sport is just around the corner.

There are 11 matchdays remaining, but as Barcelona and Real Madrid fight for the title with no fans in attendance, we will see how much emotion there is in LaLiga Santander.

Tata Martino still gets a headache talking about Barcelona.

The Argentinean coach got off to a good start and came very close to winning LaLiga Santander and the Copa del Rey, but the memories of him at the Camp Nou are not good at all.

Issues arose about the style Tata was trying to implement, with the coach preferring a more counter-attacking style than Barcelona's patient play.

"But I thought that there was something we could add to the team, it was not denying them the chance to run," Tata recalled.

In times when doctors have proved to be the true heroes, Forbes have published, as it does every year, the list of the 100 best paid sportspeople on the planet.