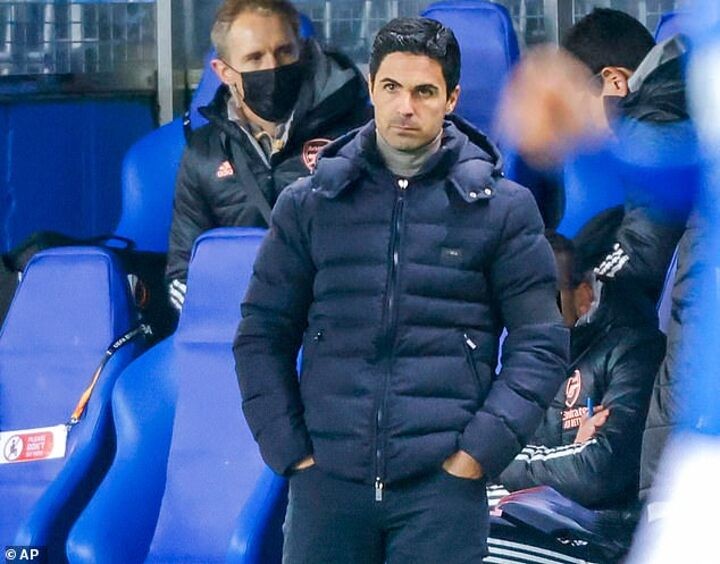 Arsenal have been forced to spend an extra night in Norway after their flight back following their Europa League group game with Molde had to be cancelled.

Mikel Arteta and his squad were due to return to London immediately after the game, a 3-0 win which secured their qualification for the knockout stages.

But they have been forced to alter their plans due to the foggy conditions in the UK.

They took the decision not to travel back tonight in order to avoid potentially having to change which airport they flew into - possibly one outside of London - due to the weather, which would have extended their return journeys home.

Arsenal instead headed back to their hotel, will now fly back tomorrow morning and train in the afternoon ahead of Sunday's game against Wolves.

The delay is not considered a major issue, particularly as it means they will no longer be returning home in the early hours of Friday morning.

Though it has added another night to a European trip that was already longer than usual.

Arsenal had to fly out on Tuesday rather than Wednesday in order to have enough time to comply with Norway's covid guidelines which required them to provide negative test results in the country before being cleared to train and play.

Second-half goals from Nicolas Pepe, Reiss Nelson and Folarin Balogun earned Arsenal a 3-0 win at Molde which has left them needing just one point to secure Group B top spot.